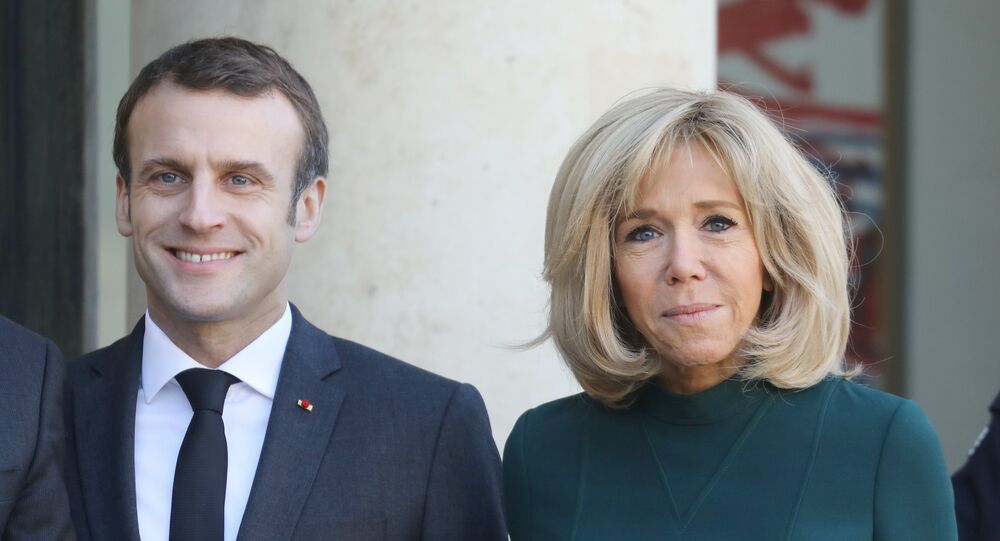 A new tell-all book reveals some explosive details about Emmanuel Macron’s beloved wife, Brigitte, and her alleged role in the Elysée Palace.

In a book, entitled “Madame La Presidente”, Le Parisien journalists Ava Djamshidi and Nathalie Schuck laid out a macabre suggestion that French President Emmanuel Macron’s closest advisers would like to see his wife Brigitte die so that he can play the “grieving widower”:

“They dream that she dies. For them, this grieving widower would be wonderful. They are in love with him. At night, they dream of making her disappear”, citing a source from the couple’s inner circle, who claimed that Emmanuel would be better off without her.

The authors allege that the 65-year-old first lady has a huge influence on her far younger husband and had a hand in choosing his Cabinet ministers.

According to the book, Brigitte helped him choose education minister Michel Blanquer and “convinced” Emmanuel not to receive Nicolas Hulot after he stepped down as environment minister.

“She is the woman who whispers into the ear of the artists”, the book quoted Philippe de Villiers, the 2007 presidential nominee from the Mouvement pour la France, as saying.

Djamshidi and Schuck portrayed her as “the new Marie Antoinette” while referring to when she showed the newspaper Le Monde the renovations in the Elysée Palace worth 600,000 euros ($686, 856) just three days before the first “yellow vests” protests, triggered by an envisaged hike in diesel taxes.

The book also claims that the president and his wife are inseparable and cited France’s former Interior Minister Gérard Colomb as saying:

“He is always touching her fingers. He needs to know that she’s there. I’ve seen very few couples like that”.

The Elysée Palace and Mrs Macron haven’t commented on the claims so far.

Brigitte, who is 24 years older than her husband, was Emmanuel’s teacher at a secondary school in northeast France.

© AFP 2021 / Lionel Bonaventure
Brigitte Macron Lands in "Homophobia" Scandal After Pic With 'Funfair King'
The 39-year-old Brigitte was from a well-off family and a married mother-of-three when she fell in love with the young Macron, and had to divorce so that they could tie the knot.

In a book entitled "Brigitte Macron: L'Affranchie (The Unfettered Woman)," written by Maëlle Brun, a friend of Brigitte was cited as saying that "she lost all her friends" because of her love affair with a man so young.

The entire neighbourhood treated her parents "like they had the plague", spat on their doorstep and sent letters condemning their daughter's behaviour.

Brigitte Macron's Daughter Opens Up About Her Mother's Love Story