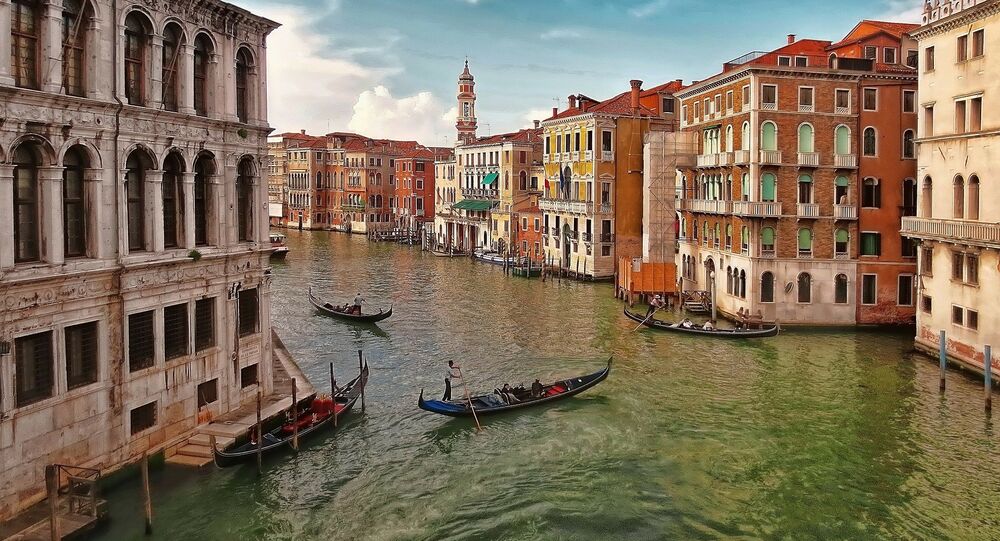 ROME (Sputnik) - The Italian economy contracted 0.2 percent in the fourth quarter of 2018 quarter-on-quarter, and the country has entered a technical recession, with its economy reaching the lowest level over the past five years, the Italian National Institute of Statistics (Istat) revealed.

Italy's GDP has been falling for two quarters in a row, with the key economic index dropped by 0.1 percent quarter-on-quarter from July to September, Istat specified.

Meanwhile, the country's GDP increased by 0.1 percent year-on-year in the fourth quarter of 2018, while the general 2018 year-on-year increase made one percent, compared to 1.6 percent increase registered in 2017, Istat added.

© Sputnik / Alexey Vitvitsky
Italian Prime Minister Concerned Over Germany-France Aachen Treaty of Friendship
The institute also said that the unemployment rate has been falling, returning to the level seen before the 2008 global financial crisis. The number of employed Italians increased by 202,000 last December, which means that 58.8 percent of the population are working.

The statement comes after Italian Prime Minister Giuseppe Conte voiced on 30 January the belief that the country's GDP could resume its growth in the second quarter of 2019. He also said that the GDP decrease had been triggered by external factors, including the US-Chinese trade dispute.

A month before that, the Italian parliament passed the bill on the state funds for the next fiscal year and the estimates for the 2019-2021 period after three months of a deadlock by the European Commission over the budget that the EU criticised initially. The new bill cuts the budget deficit from a planned 2.4 percent to 2.04 percent of GDP.