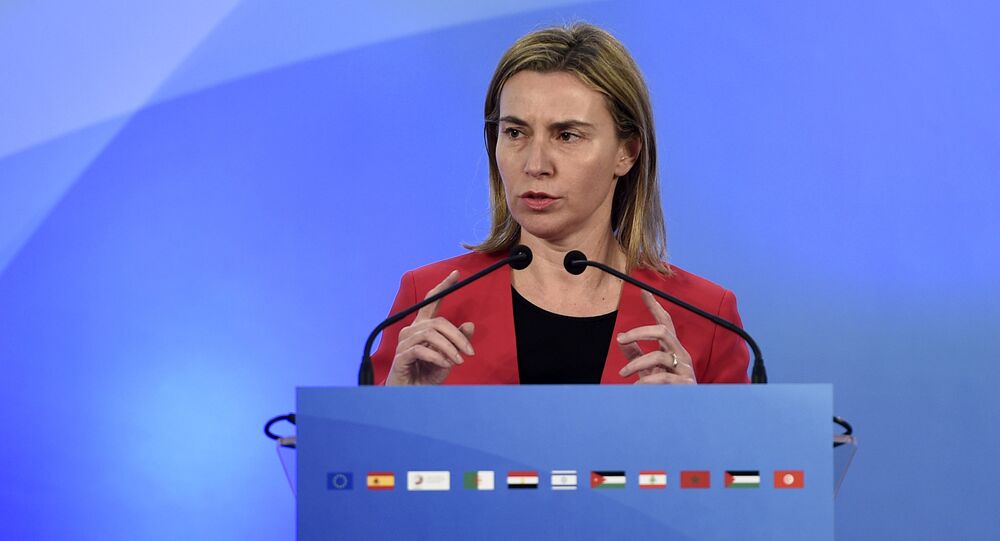 The European Union is calling on Caracas to immediately release foreign journalists detained amid political turmoil in Venezuela, High Representative of the EU for Foreign Affairs and Security Policy Federica Mogherini said Thursday, following a meeting of EU defence ministers in Bucharest.

"We firmly believe that all journalists should be able to exercise their duties and responsibilities and rights… The European Union is and will continue… — everywhere in the world, including in Venezuela — to support freedom of media and the protection of journalists. So there is a clear call from my side to release immediately [the journalists]," Mogherini said at a press conference when asked about these journalists.

© Sputnik /
USAID Administrator, Guaido Agree to Work to 'Restore Democracy' in Venezuela
Two French journalists working for TF1 broadcaster and two reporters from the National Television of Chile (TVN) have been detained in Caracas.

Mogherini also addressed the issues of defence urging the European countries to cooperate on the matter.

"This morning, ministers discussed the way forward on the European defence… We have decided to consolidate the existing EU defence initiatives, starting from the Permanent Structured Cooperation with now more than 30 projects ongoing, and others, like, for instance, the European Defense Fund… We'll present a report to the council on this by the summer", Mogherini said.

The meeting in Bucharest was earlier attended by NATO Secretary-General Jens Stoltenberg, who praised the cooperation between the EU and NATO. He also noted that after Brexit, 80% of NATO's expenditures would come from non-EU countries.

Around 80% of Georgians Back EU, NATO Membership - Poll