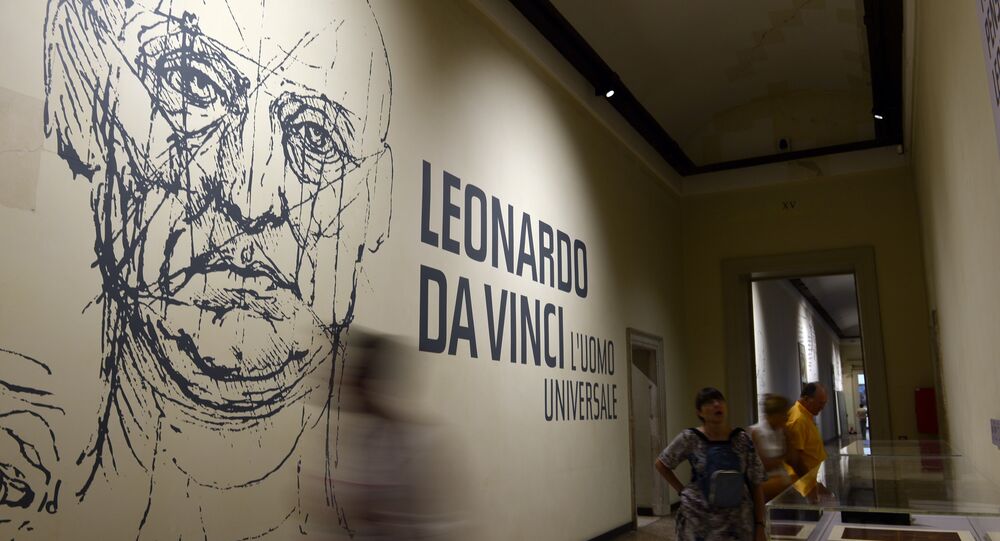 May 2019 marks the 500th anniversary of the death of Leonardo da Vinci and the British Library will be displaying a collection of the Italian artist's notebooks.

A new book about da Vinci has also been published and it reveals that the artist's thumbprint was discovered on one of his drawings, which is part of the Royal Collection in London.

The thumbprint was found on "The cardiovascular system and principal organs of a woman," an anatomical drawing by Leonardo which was sketched in 1510.

Mr. Donnithorne said the print is in the same ink as that used for the drawing.

​"It can only be concluded that, after creating the work, the left-handed Leonardo picked up the sheet with inky fingers," said Mr. Donnithorne.

Last summer experts in Italy said they had found the earliest surviving work by da Vinci — a small glazed terracotta tile, described as a self-portrait of the artist as the Archangel Gabriel, which was created in 1471.