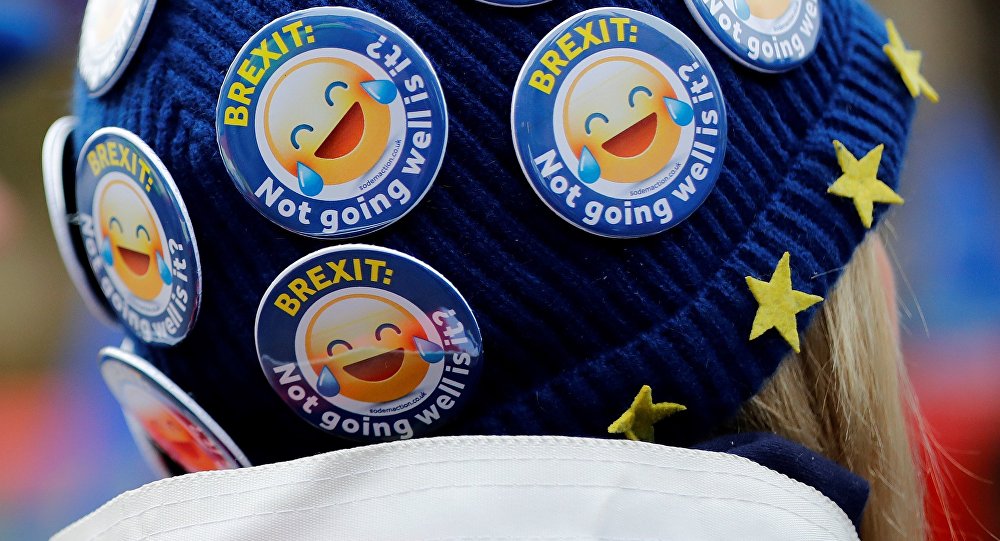 If the EU has to choose between two evils - opening an unchecked door to the single market or a no-deal Brexit - it would opt for a no-agreement divorce with Britain, said the co-chair of the Group of the Greens/European Free Alliance.

Philippe Lamberts of the Greens/EFA parliamentary group commented on the outcome of Tuesday's vote in the UK House of Commons.

"What was voted yesterday amounts to say — 'We don't want any backstop.' Well, we [EU] are not going to say that we surrender the backstop or that we will make no checks at the borders, even though the UK might significantly diverge in terms of sanitary, social, environmental standards. And then we should let a 500-km door open to the single market without any checks?" the EU official argued.

On 29 January, British MPs voted on seven amendments to the government's Withdrawal Agreement, with only two having passed by a majority: Sir Graham Brady's amendment seeking the Northern Ireland backstop to be replaced with "alternative arrangements" and Dame Caroline Spelman's amendment rejecting a no-deal exit from the EU.

House of Commons votes 317 to 301 to approve Sir Graham Brady's Amendment (n) to the #BrexitNextSteps motion.

This amendment requires the Northern Ireland backstop to be replaced with "alternative arrangements" and would support the #WithdrawalAgreement "subject to this change". pic.twitter.com/Tk09LsIpSE

MPs have this evening voted on a number of amendments to the Government's motion on #BrexitNextSteps. @spelmanc's amendment (i) had a majority of only 8 votes — find out how your MP voted in every division with the CommonsVotes tool.https://t.co/pqKnEEQMUI

While the clock is running down for Brexit negotiators on both sides, there is still concern that lawmakers in Britain put party politics before the well-being of the nation, reflected in the inconclusive result of the latest Parliament session.

"Both Theresa May and Jeremy Corbyn are putting party before country — that's quite obvious," Philippe Lamberts said.

Ahead of Wednesday's discussion with the EU chief Brexit negotiator Michel Barnier, Lamberts commented on the amendment to introduce "alternative arrangements" to the Irish backstop issue, backed by British politicians.

"What are those "alternative arrangements"? When I am asking for people to be specific about it, they are at a loss. So it is magical thinking and I live in the real world."

After the Brexit Steering Group meeting at the European Parliament (EP) in Brussels on 20 January, where Mr. Barnier has met with EP Brexit coordinator Guy Verhofstadt, EU's main Brexit man commented on the union's latest position.

"The EU institutions remain united, and we stand by the agreement that we have negotiated with the UK," Michel Barnier said.

🎥 @MichelBarnier wraps up #Brexit meeting with European Parliament: "I have only one point to make. To confirm that these institutions remain united. We stand by the agreement we have negotiated with the UK…" pic.twitter.com/L1IeuzzBeP

Barnier's statement echoed the words of the spokesperson for the European Council President Donald Tusk, who said that Withdrawal Agreement is not up for renegotiation.

Mr. Tusk is to hold a phone discussion about Brexit with the UK PM Theresa May on Wednesday, at 17.45 GMT.

No amendment put forward to British lawmakers on Tuesday proposed a vote on a second referendum on Britain's withdrawal from the EU.

The other significant thing about last night is that support for a 2nd Referendum is so low amongst MPs that nobody even bothered to put it to the vote. #Brexit.

With the mounting pressure of the 29 March deadline, MPs are faced with the choice of altering the current proposal in a way that would be popular with both hard Brexiteers and the EU leaders or risking a no-deal exit. It appears the option of the second people's vote on the deal has now taken a step back from the list of viable solutions to the Brexit stalemate.

Opposition leader, Labour Party's Jeremy Corbyn — who previously refused to meet and hold talks with the PM unless she would take no-deal Brexit off the table — has now changed his mind and is scheduled to see Theresa May on Wednesday.

At the meeting, Corbyn has been reported to insist the Parliament's will is respected and a no-deal Brexit is rejected by Downing Street.

Theresa May will face the parliamentarians on Wednesday for the weekly round of PM Questions, where further discussion on Brexit is expected to take place.