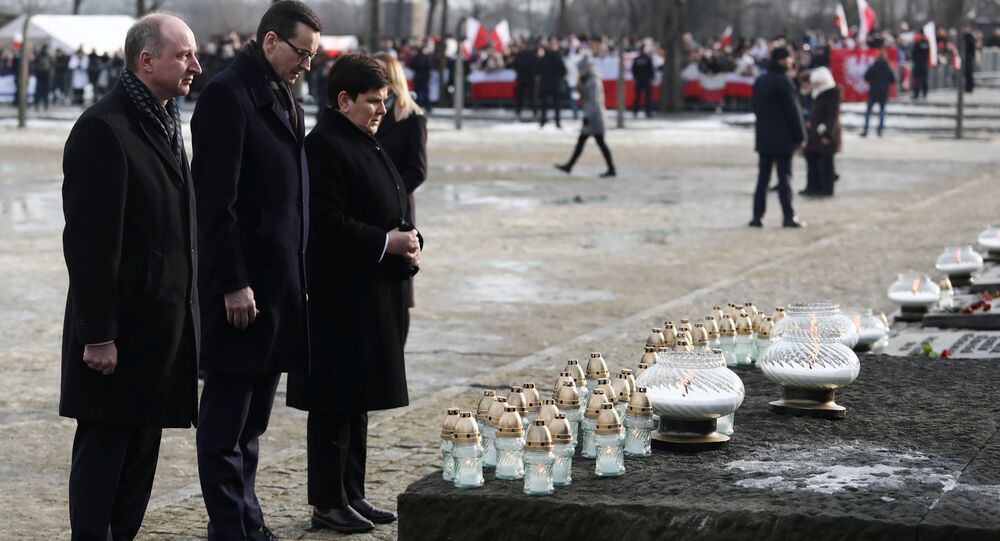 Jewish groups in Poland last year voiced their outrage over what they called a "growing wave of anti-Semitism" in the country. Their remarks came after the Polish president signed a bill that allowed the government to jail individuals for mentioning Poland's involvement in Nazi war crimes committed during World War Two.

Dozens of Polish nationalists gathered at the former Auschwitz death camp on International Holocaust Remembrance Day to call for what they described as the "liberation of Poland from Jews".

It was led by Piotr Rybak of the Polish Independence Movement, a nationalist who was sentenced to three months in jail for burning a Jewish effigy at an anti-Muslim march in Wroclaw in 2015.

"It's time to fight against Jewry and free Poland from it! Where are the rulers of this country?" Rybak said, as quoted by TVN24, accusing Jews and Israel of attempting to distort Polish history.

A meeting in another part of the site brought together top Polish politicians, including the country's prime minister, Mateusz Morawiecki, as well as some of the remaining former prisoners of the extermination camp, which was liberated 74 years ago by Soviet troops.

When asked by Deputy Mayor of Warsaw Pawel Rabiej how long it would take the government to react to displays of anti-Semitism, Interior Minister Joachim Brudzinski quipped: "React to what? To the fact that someone is not in their right mind and blames all the evil in this world and his frustrations on a particular nation?"

"If you are trying to blame this government for anti-Semitism in the heads of seriously crazy (I believe) fools, it is indecent and unwise," he said, adding that fascism and anti-Semitism are "hideous" nevertheless.

The Polish government does not deny that the mass killing of Jews took place during World War II, but disputes the level of complicity that Polish citizens had in the Holocaust. Warsaw acknowledges that individual Poles did collaborate with the Nazis against their Jewish neighbours, but insists that assigning blame to the whole country is unwarranted.

Last year, Polish President Andrzej Duda signed a controversial bill that outlawed blaming Poland for participation in crimes committed by the Nazis during the Holocaust, threatening jail terms of up to three years for violators. Specifically, the legislation prohibited the use of the expression "Polish death camps".

Over Third of Europeans Know Little or Nothing About Holocaust - Poll