May's Spokesman: Changes to Brexit Deal Should Be Made to Gain Support of Parl't

UK Prime Minister Theresa May's spokesman said the PM plans to give parliament a second chance to approve a Brexit deal as soon as possible.

The spokesman said he could not imagine any conditions under which parliament would not be given one more chance to vote on approving a Brexit deal.

He added that Theresa May has been very clear that Britain will be leaving the EU on 29 March.

In January, the UK House of Commons rejected the Brexit plan that was presented by Prime Minister Theresa May after months of negotiations with the European Union. 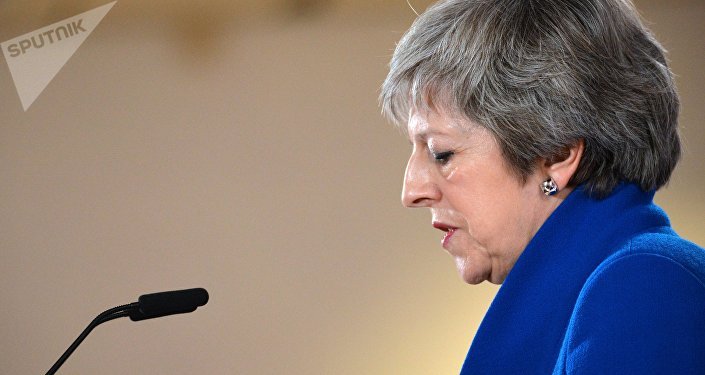 © Sputnik / Alexei Vitvitsky
UK PM May Seeks Bilateral Treaty on Border With Ireland Amid Brexit - Report
Earlier, May's cabinet reiterated its position on Brexit, saying the UK would leave the EU on 29 March regardless of the outcome of ongoing talks at home and possible discussions with Brussels. Deal or no deal, the UK will leave the bloc in March, according to May's cabinet.

Theresa May has rejected calls for a second referendum, pointing out that the United Kingdom should not delay its withdrawal from the European Union.

UK citizens voted to withdraw from the European Union on 23 June 2016 via a nationwide referendum.