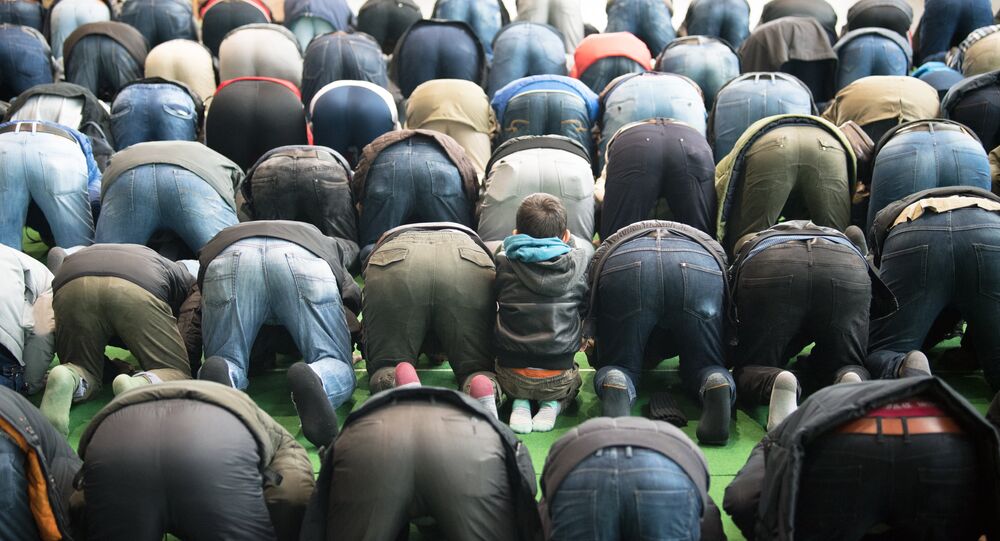 The Swedish Green Party, which remains part of the "red-green" coalition government, has in recent years been shaken by a number of nationwide scandals involving Islamists and their sympathisers; the most recent involves Sweden's freshly-minted Culture and Democracy Minister Amanda Lind.

Addressing the recent allegations directed against his party, Green Party founder Per Gahrton admitted that Islamists are trying to infiltrate Swedish parties and get a hand in Swedish politics.

"There are investigations that show that Islamists, unfortunately, are trying to get into almost all parties", Gahrton said during a public debate on SVT with writer Sofie Löwenmark.

Sofie Löwenmark argued that the Green Party, despite its quest to champion "tolerance" and "diversity", had instead began to accept intolerance and extremism from certain groups, thus undermining its image as a "feminist party". Löwenmark also cited Green Party member Kamal al-Rifai, who invited Salman al-Ouda, Osama bin Laden's mentor, to a lecture in Sweden, where he voiced anti-Semitic views and insisted that the Holocaust never happened.

The Green Party, which was founded in 1981 by Gahrton, has in recent years suffered a spate of scandals with an Islamist undertone.

"Representatives of radical Islamism have tried to gain entry into other political parties. But no Swedish party has embraced representatives with opinions of this kind as much as the Green Party", members of the Islamism watchdog Doku warned in a recent opinion piece in Aftonbladet. The watchdog also claimed that the Green Party had major "blind spots" for Islamism in its midst.

Most recently, new Swedish Culture Minister and Green party secretary Amanda Lind landed in hot water only days into her tenure. Lind triggered broad outrage with her accolades to party colleague and former Housing Minister Mehmet Kaplan, whom she hailed as "pioneer" and "hero" who "spent every day fighting for environment, climate, democracy, equality and justice".

"She has been minister for like three minutes and has already begun hailing Islamists", Moderate party MP Hanif Bali tweeted.

​Turkish-born Mehmet Kaplan, the first active Muslim to become a cabinet minister in Sweden, quit his post in 2016 after his ties with a Turkish neo-Nazi group, the Grey Wolves, were revealed. Earlier, Grey Wolves representatives in Sweden urged their compatriots to "awaken" and "slay Armenian dogs". In 2014, Kaplan also made national headlines after comparing Swedish jihadists in Syria to Swedish volunteers in Finland during WWII. Still earlier, he likened Israel to Nazi Germany.

Another Islam-related scandal within the Green Party featured chairman for the Swedish Muslims for Peace and Justice Yasri Khan, then a candidate for the party's top management, who had to quit for refusing to shake hands with a female reporter.

Per Gahrton himself sparked a lot of controversy with his pro-Palestine speeches at Radio Islam in the 1980s, which were slammed as anti-Semitic. In the recent SVT debate, Gahrton admitted this was a "foolish thing to do".

Having emerged in 1981 out of the anti-nuclear power movement, the Green Party has been represented in parliament since 1994. Since October 2014, the Greens have been the junior partner to the Swedish Social Democratic Party in the Löfven Cabinet minority coalition government.