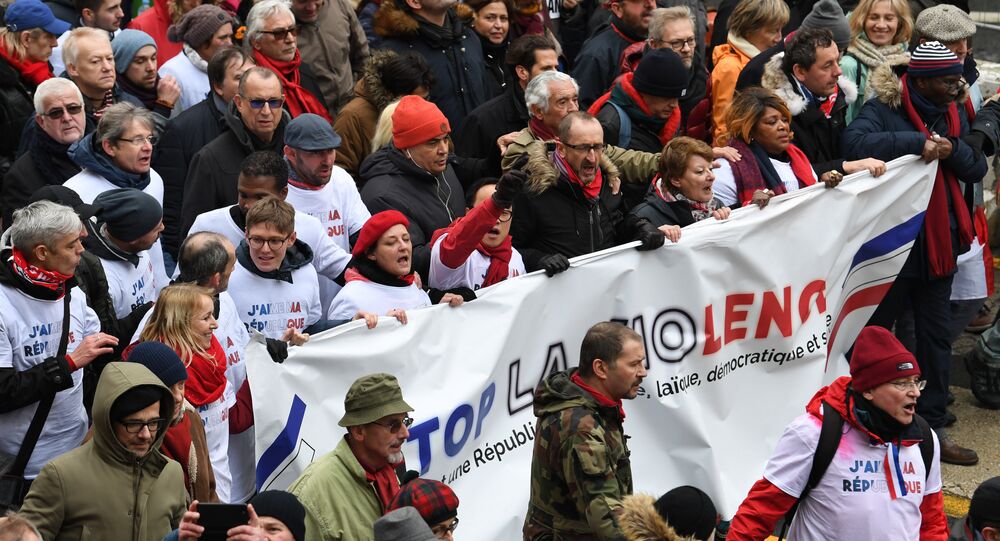 Around the same time, in an attempt to counter the Yellow Vests, John Christophe Werner from the southern French region of Vaucluse, founded the Red Scarves movement in November 2018.

According to Werner, he created the group because French "citizens are being penalised every day by the Yellow Vests' methods".

According to France Info broadcaster, red scarves protesters gathered at about 2 p. m. local time (13:00 GMT) at the Place de la Nation in Paris. The crowd chanting "end the violence" and "respect our institutions" then proceeded to the Place de la Bastille. Participants of the march were thanking local police officers for securing order during protests.