During the ongoing wave of Yellow Vests protests on Saturday, French police used tear gas and water canons to disperse rioters at the Place de la Bastille in Paris, according to a Sputnik correspondent.

Yellow Vests movement leader Jérôme Rodriguez sustained an eye injury in clashes at the Place de la Bastille in Paris as a result of which he would lose his eye, he said on his Facebook page on Saturday.

French police, in turn, announced that it has launched an investigation into the circumstances of the victim's injury.

This comes after earlier in the day Sputnik France correspondent reported from the scene that the protest leader was injured in his eye.

Warning: The following photo may not be suitable for all viewers.

According to the journalist, French police used tear gas and water cannon to disperse protesters.

This came after the French Interior Ministry didn't rule out the possibility of new clashes between law enforcement and protesters. 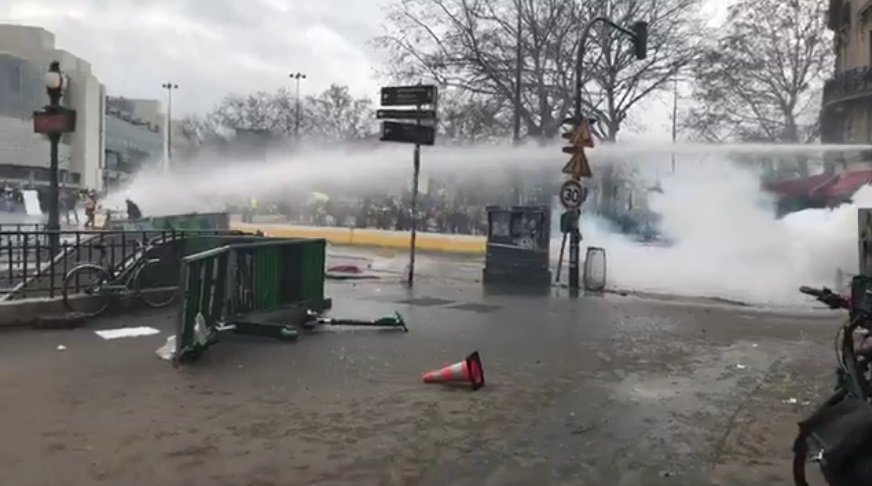 The wave of Yellow Vests protests began in mid-November in response government plans to raise fuel taxes, with protests quickly turning violent and descending into a wider anti-Macron movement.