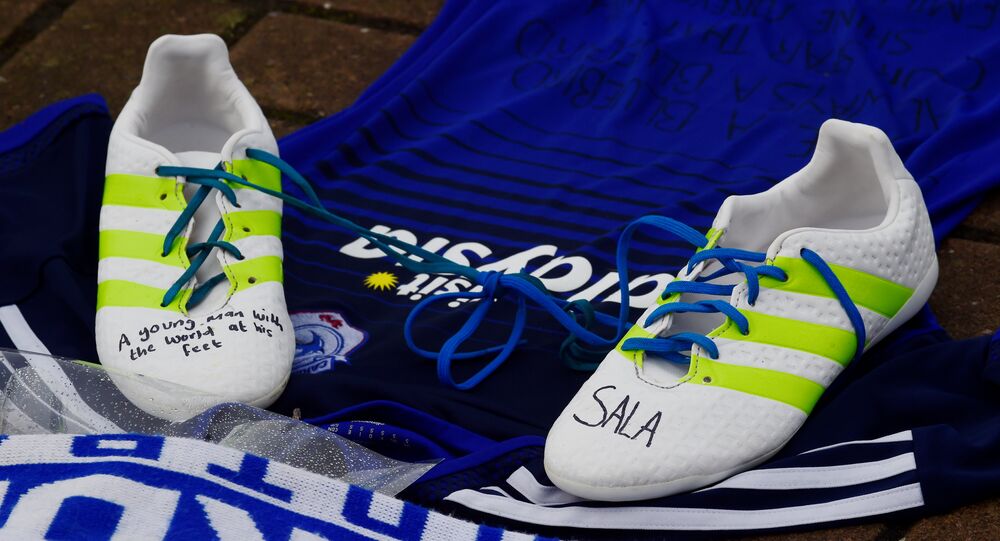 Emiliano Sala and his experienced pilot have not been heard from since 21 January, when their charter jet vanished over the English Channel en route to Wales from France. Authorities have formally ended the search for the jet, but Sala's next-of-kin are hoping to find the footballer and his pilot alive, pleading for rescuers to continue looking.

Willie McKay, the agent who helped book the doomed flight for Emiliano Sala, has shared text messages with the footballer regarding his travel arrangements.

According to the text exchange provided by BBC, the 28-year-old Cardiff City striker was looking for a commercial flight to Nantes, where he wanted to pick up his belongings and say goodbye to his ex-teammates, before travelling to Cardiff.

This is when he was contacted by McKay's son, Jack, who also joined Cardiff City in January. Jack offered Sala a free charter flight that would arrive in Nantes on 19 January and fly him back on 21 January, a day ahead of training at Cardiff City.

When in Nantes, the Argentine striker asked Jack McKay whether there would be enough space in the light Piper PA-46 Malibu plane to carry his luggage to Wales, which Jack affirmed.

The aircraft lost contact with air traffic control and disappeared over the English Channel on Monday, not long after requesting to descend.

Willie McKay said he contacted a company that had flown him and his clients across Europe "on countless occasions", but denied having selected the plane.

"We had no involvement in selecting a plane or a pilot and wish to make clear we do not own the plane that Emiliano flew on. As the text messages show: Emiliano was not asked for payment for the flight," McKay said in a statement.

Authorities on Thursday formally called off the search for Emiliano Sala and his pilot, 60-year-old David Ibbotson, saying the chances of their survival were "extremely" dim.

According to media reports, Sala sent a fearful audio message to his friends on WhatsApp from aboard the aircraft. "I am here in the plane that seems is about to fall to pieces," he said. "I'm scared."