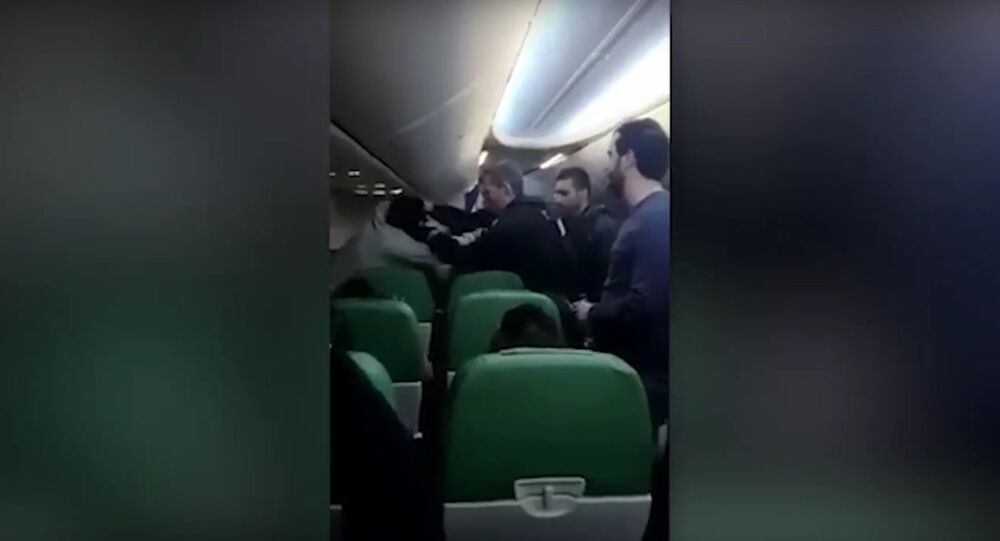 The incident, which took place in the afternoon of 24 January, saw Transavia's Boeing 737-800 finally landing at a Nice airport at about 6:30 pm. The air carrier declined to elaborate on the matter.

A Transavia Airlines flight en route to Tunisia from Paris was diverted after one of the passengers started to shout "Allahu Akbar", attempting to enter the cockpit.

During the flight, a Tunisian man was reportedly prevented from praying by the cockpit, in what was followed by him becoming violent towards a flight attendant.

Passengers were reported as saying that the man, about 30 years old, shouted that they should help him because he was also a Tunisian.

In one of the videos posted online, the man was seen wrestling with security staff members who are trying to subdue him as the Boeing 737-800 is still in the air.

"Tell me what I've done. What have I done? You're hurting me. What are you doing? Allahu akbar", the man was heard screaming.

After he was brought under control, the plane successfully landed at Nice-Cote d'Azur Airport where police arrested the man who is currently undergoing psychiatric evaluation.

Passengers who were heading to the Tunisian capital reportedly had to stay in Nice overnight before they could continue their journey.