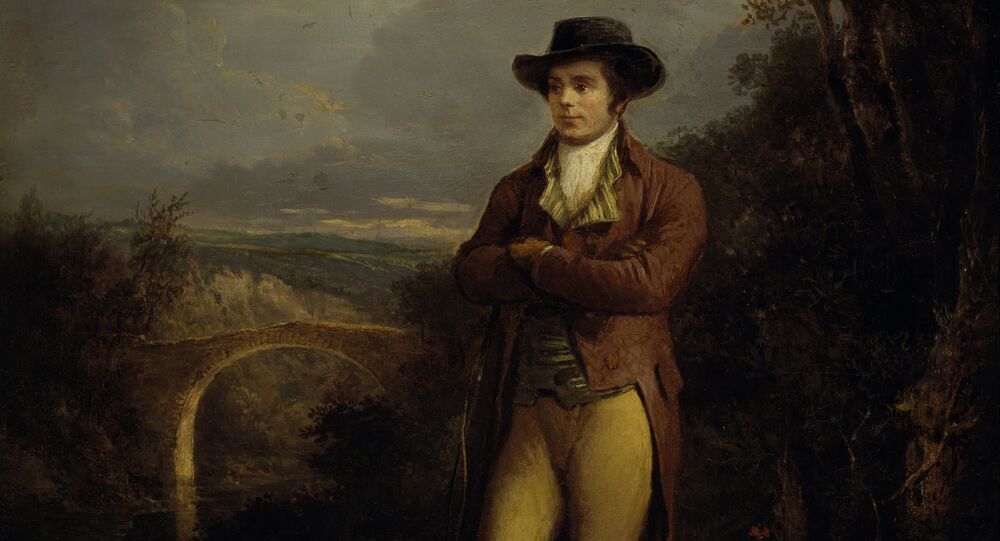 Originally celebrated amongst the poet's close relatives and friends as a dinner honouring his death, the holiday grew into a national celebration to celebrate Scotland's unique and proud heritage.

Scots in the Highlands and Lowlands are preparing to celebrate Burns Night, a holiday commemorating the life and legacy of one of Scotland's iconic poets, Robert Burns.

Festivities are held on 25 January, or Robert Burns' birthday, and include people spending time at home with loved ones or having a dinner in a pub with haggis and mash as locals recite passages from Burns' poems, all with glasses of scotch and whisky to wash it down.

Robert Burns, also known as 'Rabbie' Burns, the Bard of Ayrshire, Ploughman Poet, and many other monikers, was one of Scotland's most accomplished poets with over 550 written before his death to rheumatic fever in 1796, aged 37.

To celebrate #BurnsNight2019 watch UK civil servants from around the world recite an excerpt from ‘Address to a Haggis’ by Robert Burns.@UKGovScotland @ukcivilservice pic.twitter.com/1QWmB18M6f

His wife Jean Armour joined him after her death at a mausoleum in Dumfries in 1834. Despite a short lifetime, his works went on to influence Liberal and Socialist philosophers via his shrewd social observations and political musings, making Burns a revolutionary figure worldwide.

Christopher Waddell, learning manager of the Robert Burns Birthplace Museum told Sputnik that Burns Night has become a default day in Scotland, a “wee bit at the expense of poor old St. Andrew”.

“We celebrate Burns with an undiminished adoration in Scotland” as “he is regarded by many as our country’s greatest son, certainly our greatest man of letters,” Mr. Waddell said.

“There is a certain amount of ritual involved in this adoration – the food, the toasts, recitations and the coming together of people on a specific date to celebrate our National Bard,” which point to the “adulation held by Scots for Burns,” Mr. Waddell said.

Minister @BenMacpherson sends a message to everyone in Scotland and across the world celebrating #BurnsNight2019 #TaeTheBard pic.twitter.com/Lbvzl59XP0

“In many ways, he has become quasi-mythical as a consequence, and a huge amount has been said about him which is half-truth or undiluted untruth! As that other great Scottish poet Hugh MacDiarmid said of him, 'Mair nonsense has been uttered in his name than in onys barring liberty or Christ!'”

“Therefore, please do celebrate Burns, and do so in any way you feel comfortable,” Mr. Waddell said. “He is there for all of us, wherever you are in the world – you need only pick up a collection of his works!”

© CC0
Robert Burns – The Radical, The Republican, The Revolutionary
The event began in 1801 but has since transformed into a global event for all things Scottish, with Robert Burns at the centre of celebrations.

Of course, the holiday wouldn't be complete without haggis, a savoury porridge featuring sheep's lungs, heart and liver cooked inside the animal's stomach with oatmeal, spices and vegetables, which Burns once referred to as the "great chieftain o' the puddin-‘race" in his legendary poem, "Address to a Haggis", which many Scots recite at the start of festivities.