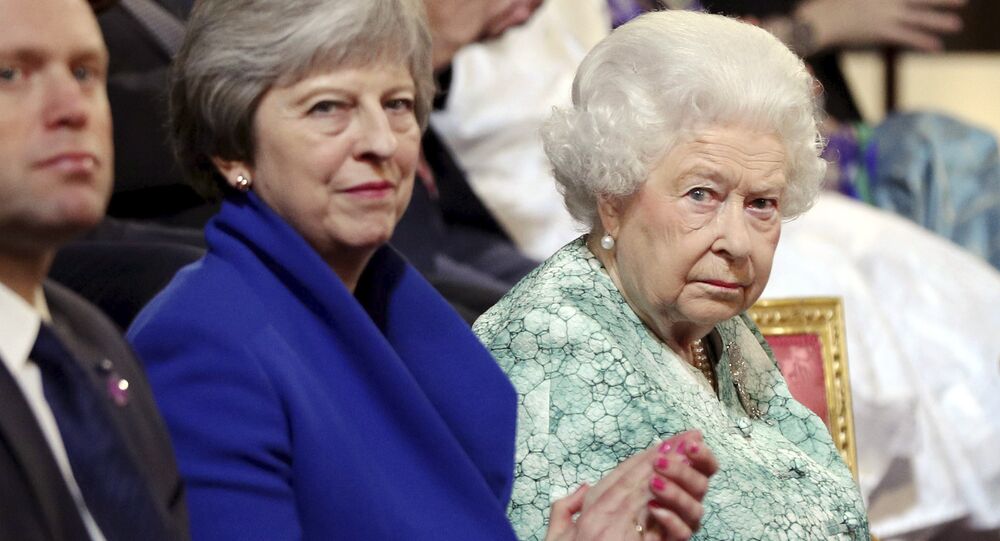 Twenty-eight per cent of Brits said it would be appropriate for the Queen to become involved if there was no progress in resolving Brexit, while 54% think the opposite, according to a new poll.

In her speech at an event to mark the 100 years of Sandringham Women's Institute in Norfolk, Queen Elizabeth II made remarks that were largely perceived as references to the approach needed to resolve the Brexit talks stalemate.

"The continued emphasis on patience, friendship, a strong community focus, and considering the needs of others, are as important today as they were when the group was founded all those years ago. Of course, every generation faces fresh challenges and opportunities," the Queen said.

"As we look for new answers in the modern age, I for one prefer the tried and tested recipes, like speaking well of each other and respecting different points of view; coming together to seek out the common ground; and never losing sight of the bigger picture," the head of state added.

While some believe it is appropriate for the monarch to meddle in the political processes, according to a new YouGov poll, the majority believe the Queen should keep out of it.

Almost three in ten Brits (28%) say it would be appropriate for the Queen to become involved if there was no progress in resolving Brexit — 54% think this would be inappropriate https://t.co/J87LU4uMlZ pic.twitter.com/6ow4eHkTgj

Britain's Chancellor of the Exchequer, Philip Hammond, built on the Queen's appeal and stressed that compromise was needed for a smooth Brexit.

"What the Queen said is what most of us feel — that we have to come together and find common ground. Most of all we have to compromise to ensure a smooth exit from the European Union and a way of doing that which protects Britain's future prosperity. There are still at the moment too many people advocating their preferred solutions, rather than looking for compromises to an acceptable outcome for all of us," Hammond said.

"We have to find common ground and we have to compromise" — @EdConwaySky says this is the "firmest" Philip Hammond has been about the risks to the economy because of Brexit.

The Queen's statement touched on similar issues she noted in her Christmas message, in which she appealed to Brits to treat others with respect "even with the most deeply held differences".

Prof on Possible No-Deal Brexit: It Could Be Process of Disgruntlement, Disorder