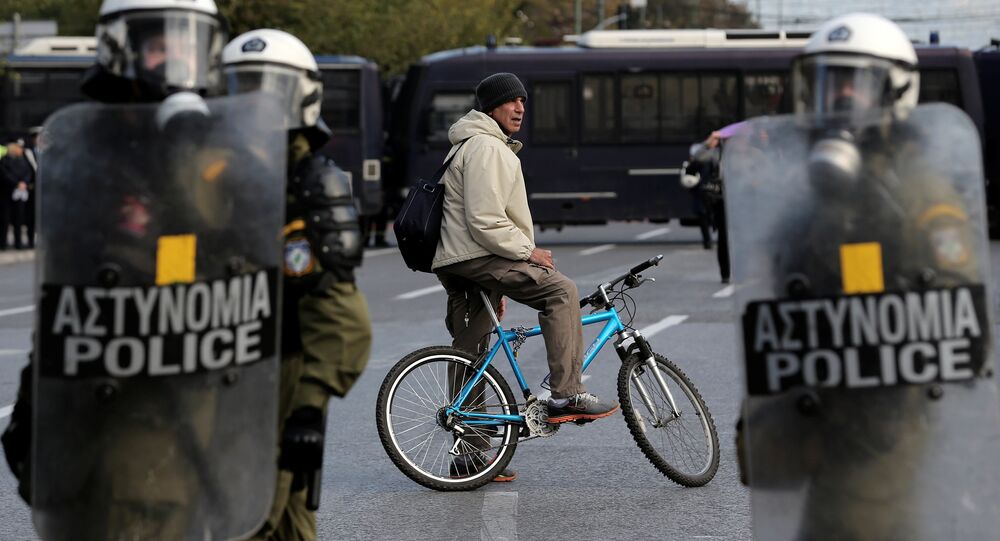 ATHENS (Sputnik) – Minor clashes erupted near the building of the Greek parliament during the rally against the Macedonian naming deal, local media reported.

The rally was held on late Thursday at the Syntagma Square near the parliament’s building with 2,000-3,000 people having participated in the event. They called the country’s leadership traitors and demanded a referendum on ratification of the deal with Macedonia. Police boosted security measures in the area.

© AP Photo / Katarzyna Plewczynska
Molotov Cocktails, Broken Bottles: Polish Hooligans Get Involved in Clashes Between Dutch and Greek Fans in Athens (PHOTO, VIDEO)
According to the Naftemporiki media outlet, a group of protesters threw stones and flares to police officers, who responded with tear gas.

Several participants of the rally were reportedly detained.

Greece and Macedonia, officially known as the Former Yugoslav Republic of Macedonia (FYROM), have been entangled in a naming dispute for years, with Athens opposing the use of "Macedonia," which is also the name of a region in Greece. The agreement on the new name for Macedonia – Republic of Northern Macedonia – was signed by Macedonian Foreign Minister Nikola Dimitrov and his Greek counterpart Nikos Kotzias on June 17.

The deal paved the way for Macedonia to join the European Union and NATO, which had been earlier blocked by Greece over the naming issue. Earlier this month, the deal was supported by the majority of Macedonian lawmakers, while the Greek parliament is still to ratify the document.

The Prespa agreement is widely criticized by various political forces in Greece, who staged massive protests in Athens on Sunday. More than 60,000 people joined the Sunday demonstration, which resulted in clashes between protesters and police. Seven people were detained and 25 officers injured in scuffles.