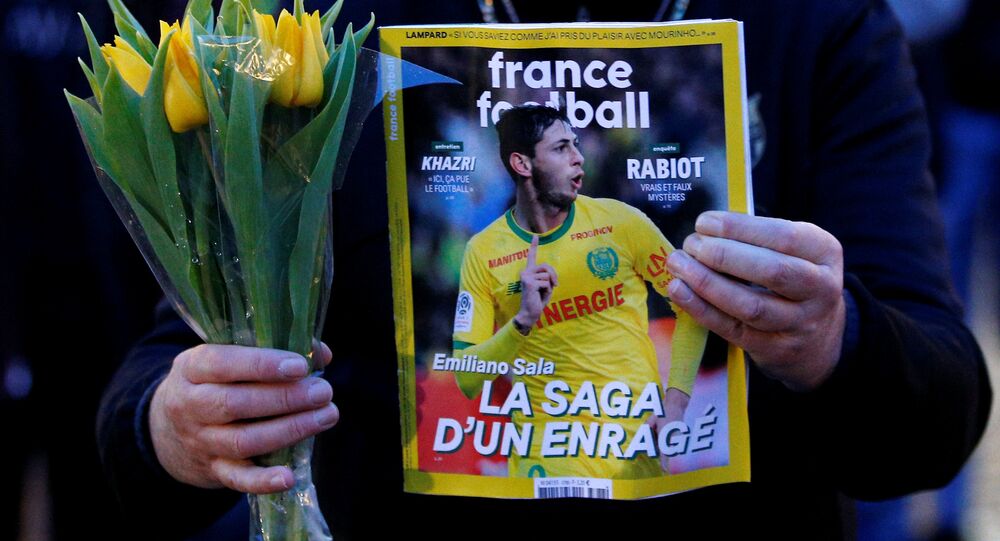 A statement by the rescuers in search for the plane carrying Premier League soccer player Emiliano Sala said that his next of kin have been informed about the termination of the operation.

Guernsey Police shared a post on their Twitter page, announcing the rescuers were "no longer actively searching" for the plane, despite the best efforts and covering an area of approximately 1,700sq. miles, as well as examining mobile data and satellite imagery.

Unless there is a significant development, there will be no further updates pic.twitter.com/jbEIFMB3zi

"There has been over 24 hours of continuous searching, with 80 hours combined flying time across three planes and five helicopters. Two lifeboats have also been involved, as well as assistance from various passing ships and fishing boats… The chances of survival at this stage are extremely remote," Guernsey Harbour Master David Barker said in a statement.

This is the area which has been searched, totalling 1,155sq miles pic.twitter.com/x6p8gHJj9Y

Cardiff City's new signing, Emiliano Sala, was aboard a light aircraft travelling from Nantes in western France to Cardiff, which vanished from radar near the Channel Islands on 21 January.

Sala's next of kin have been informed about the termination of the search and rescue operation, said Guernsey Police's David Barker, adding that his "thoughts go out to the family of the pilot and the passenger at this most difficult of times."

On Wednesday night, the police identified the pilot as David Ibbotson from Crowle, near Scunthorpe.

"The final aircraft searching for the missing plane and those on board has now landed. Although we are no longer actively searching, the incident remains open and we will be broadcasting to all vessels and aircraft in the area to keep a look out for any trace of the aircraft. This will continue indefinitely," Mr. Barker concluded.

An aviation expert has been reported to allege that the missing Piper PA-46 Malibu plane might have gone down due to ice on its wings.

The "shaking and breaking up" of the plane that Sala reportedly described in WhatsApp messages to his friends — which were reported on by the Argentine media outlet Olé — are "classic signs" of icing, the expert explained.