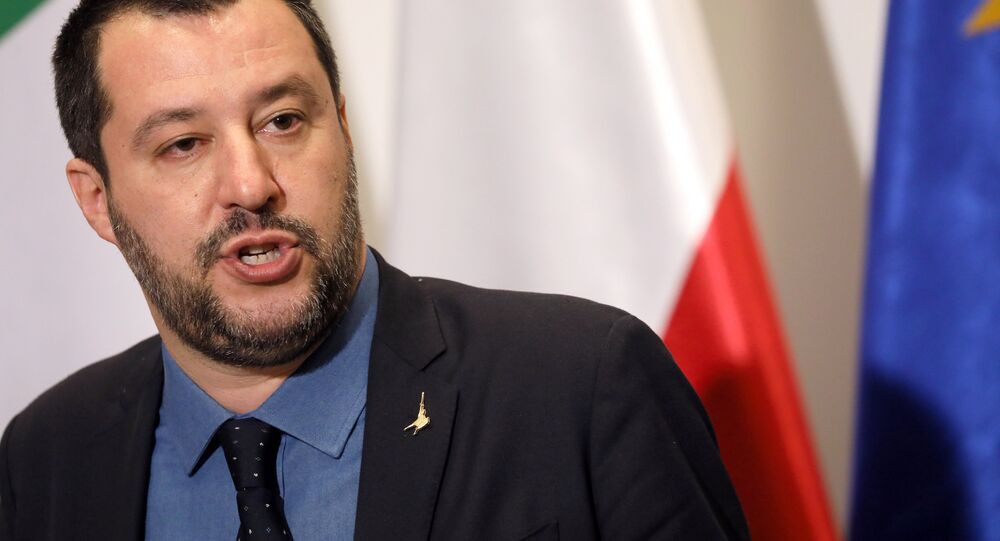 The latest comments come amid a major diplomatic row between the Italy's far-right interior minister Matteo Salvini, who ‘verbally attacked' French president Emmanuel Macron by stating he hoped the French would free themselves of their "terrible president" soon.

Paris does not have the intention to wage a "stupidity contest" with the Italian government, French European minister Nathalie Loiseau said on Wednesday. French officials did not seek to retaliate against their Italian counterparts or instigate a war of words, Ms. Loiseau added.

"The opportunity will come on May 26 when finally the French people will be able to take back control of its future, destiny, [and] pride, which are poorly represented by a character like Macron", Mr. Salvini stated on Facebook in reference to upcoming European elections, adding that he felt close "to the French people, the millions of men and women who live in France under a terrible government and terrible president."

Italian officials of the Northern League and 5 Star Movement coalition government have launched attacks on Macron's En Marche (On the Move) led administration in recent weeks, with Mr. Salvini insinuating French interests in "stabilising the situation" in Libya were due to Paris' oil interests.

Deputy prime minister Luigi Di Maio also lambasted Paris for colonialising African nations via debt slavery and foreign policy, adding that "In order to keep the Africans in Africa, it would be enough for the French to stay at home," prompting Paris to summon Italy's ambassador.

Relations between the traditional allies have soured after Italy's coalition government rose to power in June 2018, with Salvini most recently giving a speech slamming President Macron on Radio Rai 1, where he urged French citizens to "make another choice" to "change the balance in Europe, The European Union, and the European Commission".

Mr. Salvini also reiterated that he would request French authorities extradite Italian fugitive charged with extremist activities, in addition to chiding that President Macron "talks a lot and achieves little". The deputy prime minister also gave his support for France's Yellow Vest protests, whom have entered their eleventh week of demonstrations, sparking anger in the French government.