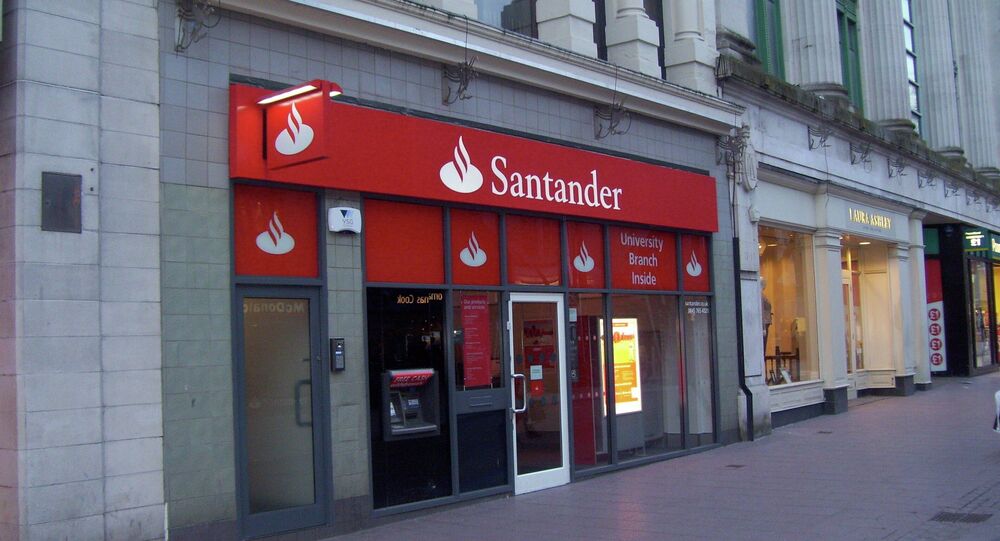 The bank has blamed changes to customer banking trends, stating that branch transactions have dropped 23 percent since 2016, with online transactions skyrocketing 99 percent.

"As a result, we have had to take some very difficult decisions over our less visited branches, and those where we have other branches in close proximity," Susan Allen, Head of Retail and Business Banking, said in a press release.

Ms. Allen said that the bank will help customers of closing branches to find "alternatives" that "suit their individual needs", adding that Santander was working with trade unions and roughly 1,270 employees faced with "these changes and to find alternative roles for those impacted wherever possible".

© AP Photo / Frank Augstein
Sports Direct CEO Mike Ashley in Talks to Buy HMV After Music Retailer Goes Bust
100 branches would be refurbished over two years to "serve our customers' changing needs", she said, and that Santander UK's network was expected to "remain stable for the foreseeable future".

A wave of high street closures have hit the UK in recent years, with consumer group Which? stating that businesses have announced roughly 3,100 closures since 2015, or 60 shops per month.

140 Santander branches to close and 1,270 jobs at risk. When banks start pulling out, there's a problem.

"These closures will come as a blow for all those who rely on access to traditional banking services," Gareth Shaw, head of Which? Money said in a press statement.

"Despite the switch to digital ways of banking and paying, millions of consumers still need access to cash," Mr. Shaw said. "It is vital for a regulator to be given responsibility for ensuring that people have access to the services they rely on."

UK businesses have been hit hard by an exodus of jobs, with His Majesty's Voice filing for administration for the second time since 2013 in late December, with Sports Direct retail mogul Mike Ashley in talks to buy the failing company in January. Other companies such as Dyson, Jaguar Land Rover, Renault-Nissan, Groupe PSA, Toyota, Philips and others have said they will move operations abroad in order to allow for "unfettered" access to the European market.