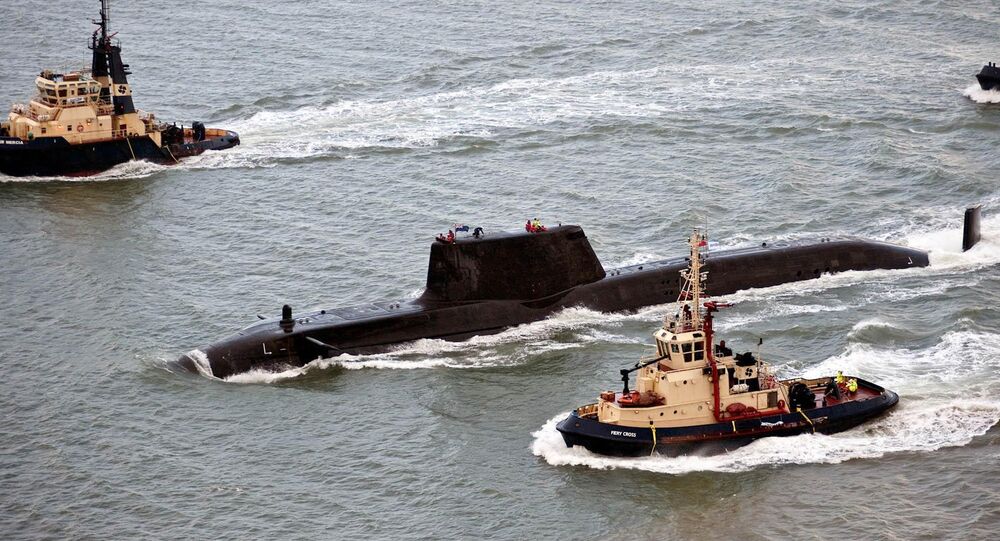 Following a close proximity encounter between one of the British Royal Navy subs and a Stena Superfast VII ferry in November last year, an investigation was launched into the incident with an anticipated publication of a report.

An Irish lawmaker has called for an end to British military submarine activity in the Irish Sea to avoid similar incidents in the future.

The safety investigation of the encounter prompted Sinn Fein's MP Chris Hazzard to demand a halt for the British submarine operation in the Irish Sea, which "raised serious questions" and put the "lives of those on board the ferry" at risk.

The Marine Accident Investigation Branch (MAIB) are examining the case with the cooperation of the Royal Navy.

Stena Superfast VII ferry operated between Northern Ireland and Scotland and has the capacity for 1,300 passengers.

The Vanguard-class fleet entered service in the early 1990s and was set to serve for 25 years. Its replacement, the Dreadnought class of ballistic submarines for the Royal Navy is now being built and is not expected in service until the 2030s.

READ MORE: UK Ballistic Missile Submarines Ready to Retire But Not to Be Replaced

Expert on Irish Sea Sub Incident: There's Got to Be More Information Available