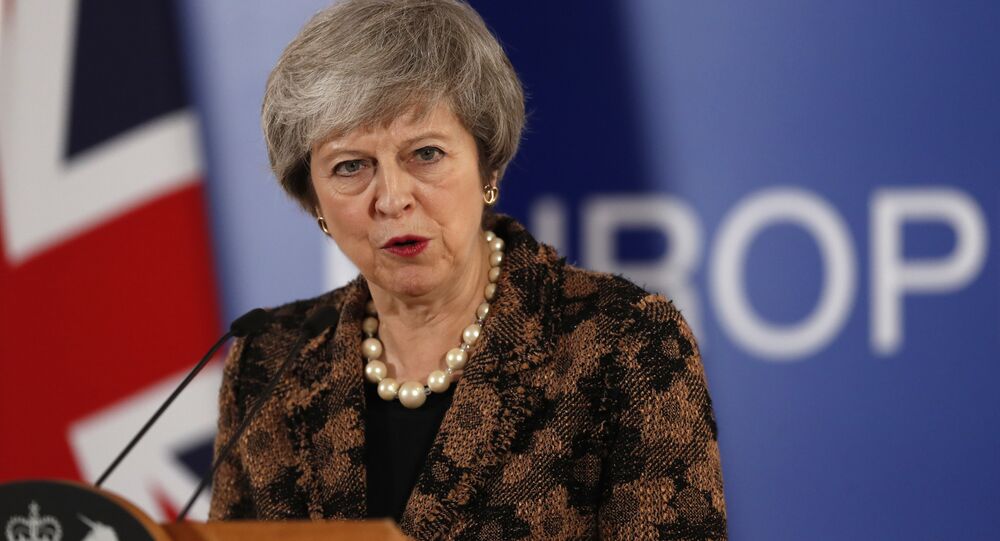 Prime Minister Theresa May, who survived a vote of no confidence earlier this month, is giving a statement in the British Parliament, regarding a new solution for the Brexit process, as her deal was previously rejected by the MPs.

Theresa May stated there was no majority in Parliament in favour of a second referendum, adding that revoking Article 50 would go against the results of the Brexit vote.

Commenting on the Irish backstop issue, the prime minister also stressed that the UK would not reopen the Belfast agreement (the Good Friday Agreement).

Following an exchange with the opposition leader Jeremy Corbyn, she also refused to rule out the possibility of a no-deal Brexit.

As a concession to Brussels, May announced that London would scrap the £65 ($84) fee that EU citizens living in the UK would have to pay in order to receive settled status after Britain leaves the bloc.

The head of the British government has returned to the Parliament with a Plan B after the Brexit agreement, negotiated by London and Brussels, was rejected last week by the House of Commons in a 432-202 vote.

An amendment, previously adopted by the legislators, states that May has to work out a new plan of action in just 10 weeks, before the country is set to exit the European Union on 29 March 2019.