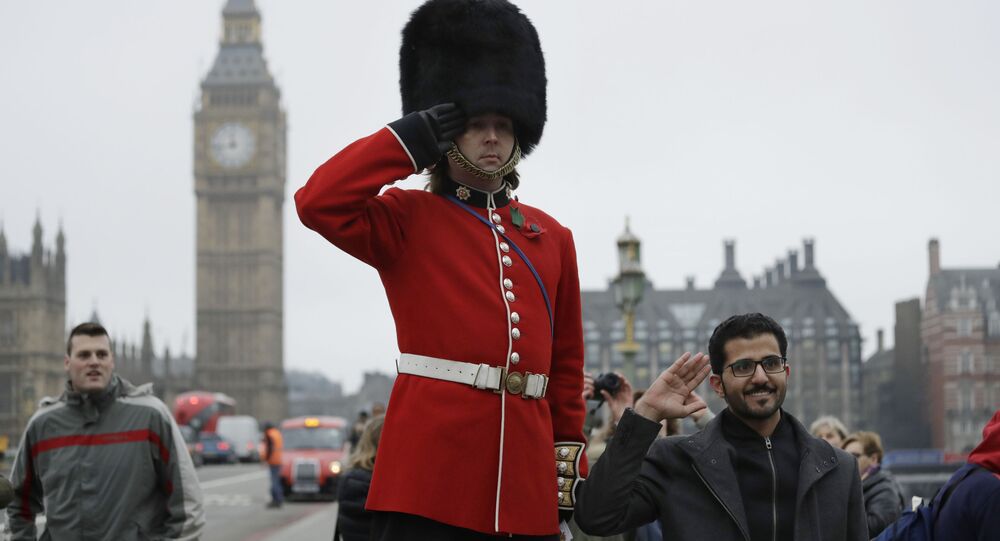 London-based Opus Restructuring analysed Company Watch financial data on roughly 4,000 travel companies and concluded that one-third of 2,584 travel agencies and 29 percent of 1,325 tour operators could go out of business by 2021.

"There's been a sharp deterioration in the past year for travel agents," Opus Restructuring insolvency practitioner Nick Hood told the BBC Radio 4's 'You and Yours' programme on Monday.

"Around 15 per cent of all the companies are 'zombies', i e they have balance sheets that are negative by £5,000 or more," Mr. Hood told reporter Samantha Fenwick, adding that a "gentle a puff of wind it would take to blow them away."

However, his speculations were met with fierce condemnation from the UK tourism industry.

The Tourism Industry Hits Back

Association of Independent Tour Operators chairman Derek Moore told Sputnik that he expected better of the BBC than "presenting alarmist so-called facts on You & Yours without seeking input from those affected by such rumour-mongering, ie travel agents and tour operators."

"These ridiculous claims are made by someone who knows very little about our industry, which is one of the most highly-regulated sectors of British business and indeed in Europe," Mr. Moore said. "Consumer money is never at risk if bookings are made with reputable and fully-licensed members of AITO and ABTA; this applies Brexit or no Brexit."

He added that the UK Civil Aviation Authority and ABTA insisted on "high liquidity levels and full financial bonding for consumer protection," and that customers only assume risks when booking through "unknown and unregulated companies on the web".

Many people are already starting to plan their holidays for 2019. Our practical advice on #Brexit covers everything from flights to visas, and pet passports to driving licences. Visit https://t.co/uQZIOCYdWj pic.twitter.com/r8H1G9GbHp

"Trying to save money is a false economy," he said. "Let the buyer beware — book only with bonded and trusted UK travel companies."

Mr. Moore also added that it was "preposterous" that the BBC made no mention of airlines that were "hugely in debt due to placing massive aircraft orders" and "take large payments up front from the travel industry and from consumers directly".

"The proof of the resilience of the travel industry is how few failures there are each year," he continued. "We are well used to working on low margins and we offer the consumer amazing value for money and amazing holiday experiences".

Contrary to the BBC's report, there was a notable resurgence amongst highly trustworthy independent travel agencies booked by customers that have "had their fingers burnt when booking on the web," he added.

© AP Photo / Franka Bruns
Ryanair Profit Forecast Drops 7%, CEO Blames Cheap Winter Air Fares
"AITO specialist travel companies happily report, via research across 22,000 consumers at the end of 2018, that their discerning clients plan to book still more holidays in the next three years — 91% of respondents said they would take either the same number or more holidays."

"Bookings for the coming summer are already up on last year for many of our members," he said.

Julia Lo Bue-Said, CEO for the Advantage Travel Partnership and board director for the Institute of Travel and Tourism, told Sputnik that the research undertaken by Opus Restructuring did "not reflect our experience of the travel industry".

"Whilst our sector does work on thin margins, it’s a resilient industry with many businesses now reinventing themselves to support changing consumer demands," she stated.

The Association of British Travel Agents, the UK's largest travel association in operation for over 65 years, also disagreed with the research.

"We seriously question the reliability of this analysis and do not believe that it reflects the status of the industry, nor can it provide any accurate indication about what might happen to travel businesses in the future," an ABTA spokesperson said in a press statement, adding that the travel industry was resilient and insolvencies in recent years have been historically low.

"Abta has around 1,200 members yet there have been just 13 insolvencies in the last three years — equivalent to just one per cent of our membership."

Travel agencies have been impacted in recent years with roughly 500,000 travelgoers were hit after Monarch Airlines went into administration in October 2017, with over 100,000 passengers stranded whilst on holiday. Low-cost airliners Ryanair and Flybe have also reported profit warnings, with the former due to poor customer service according to Which? and the latter resulting in acquisitions of the latter by Virgin Atlantic and Stobart Group.

Today’s travel and tourism figures show that holidays were the most common reason for UK residents’ visits abroad between July and September 2018, an increase of 1% compared with the previous year https://t.co/hVi33kXtC4 pic.twitter.com/MSYvxWQpGC

Despite this, the UK tourism industry reported only falls in foreign visitors to the UK and spending per visit compared to 2017, but reported record level visits of UK residents abroad compared to foreign residents to the UK, Office of National Statistics figures show. British tourists also spent more money than foreigners and travelled more during the summer with spikes in tourism in August, the ONS report said.