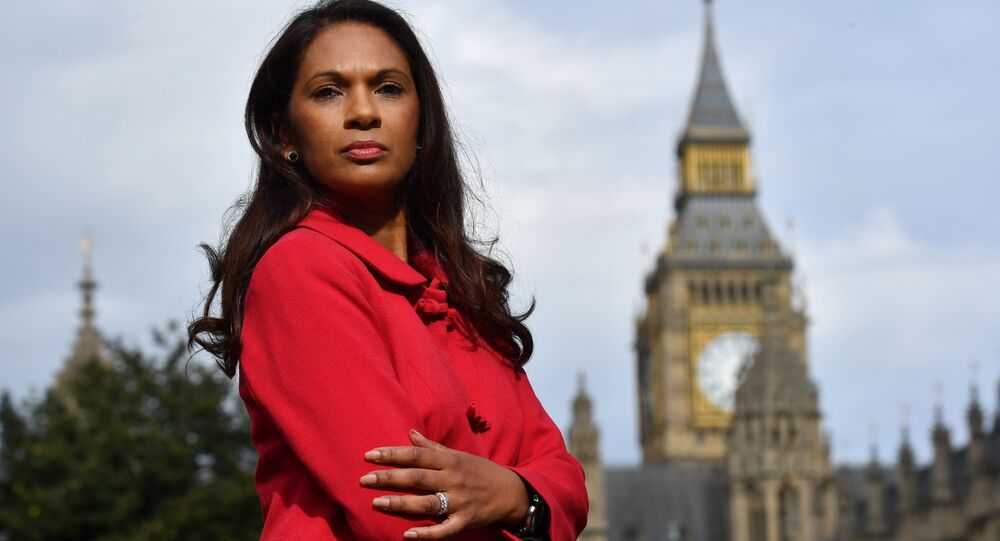 The leader of the UK Independence Party (UKIP) Gerard Batten argued that Kenneth Allen was not a party member when he made the controversial remarks on Facebook in 2016.

Allen has been reported to call for the anti-Brexit campaigner and lawyer Gina Miller to be beheaded. He also called Miller "cow traitor" in the Facebook post.

In 2016, Miller launched a successful campaign to block the government from implementing Brexit without parliament's ultimate approval.

READ MORE: UK Gov't 'Could Be Guilty of Biggest Cover-Up in Decades': Gina Miller on Brexit

The man in question, Allen, also allegedly suggested a "full pig" should have been thrown at a mosque in Blackpool, England.

On a different occasion, he was reported to say to a woman before the 2016 vote on Britain's EU membership to "do yourself a big favour and vote out so you don't get raped of (sic) a migrant."

When he reportedly made the comments on social media three years ago, Allen was not yet a member of the UKIP, the party's chief Gerard Batten argued, adding he added his membership in April 2018.

"I deplore the remarks made and these in no way represent the views of me, UKIP, or the overwhelming numbers of our membership," Batten, who has been leader of  UKIP since 2018, commented.

UKIP leader reportedly added that the BBC, who reported the development, would not taint the party's reputation by means of "guilt by association".

@GerardBattenMEP, if you wish the BBC and others not try to smear UKIP and you by means of "guilt by association", perhaps the party and you as it's Fuhrer, sorry leader, should expel Kenneth Allen? #justathought https://t.co/ilGsVAXhhD

So, @GerardBattenMEP thinks that threats to behead Gina Miller, (@thatginamiller) made before Kenneth Allen became a @UKIP memeber doesn't matter at all.
Have UKIP forgotten so soon what happened to @JoCoxFoundation? https://t.co/8XVtsab3qz#Brexit #BrexitCrisis #BrexitChaos