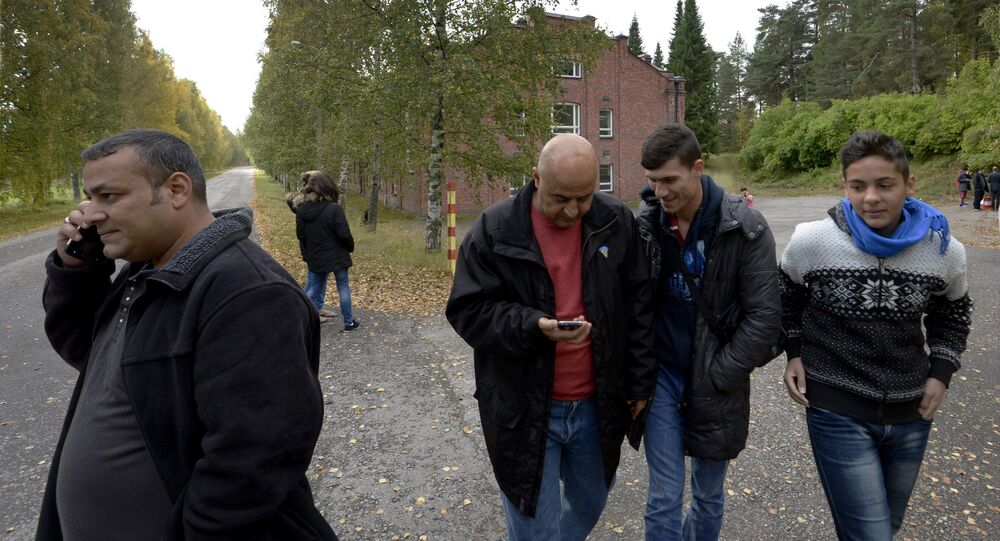 While about 2 percent of Finland's rejected asylum seekers have been found to pose a security threat, the authorities are having trouble in locating them, as some have already left the country.

An intelligence risk assessment of 9,000 asylum seekers who have received negative asylum decisions since the autumn of 2017 has established that over 200 of them pose a potential danger, national broadcaster Yle reported.

The aim of the risk assessment carried out by the National Bureau of Investigation was to identify "individuals who have the potential to commit crimes in Finland", who later will be prioritised for deportation. The list includes those who have been suspected of committing a crime at some point or those suspected of posing a threat to national security.

"It is determined by the whole picture, although attempted murder and assault on its own can also lead to prioritisation", NBI crime inspector Ritva Elomaa told Yle.

The actual number of rejected asylum seekers who made the list and are still in the country may be much smaller than that the NBI assessment, though, as many are believed to have left the country.

The National Police Board admitted that the list of priority deportations will be subject to daily changes.

"We have to go through the names on the list one by one and see who has already been deported", police inspector Mia Poutanen told Yle.

The authorities' campaign to identify and deport dangerous asylum seekers has been further complicated by the fact that the police are seldom informed about rejected asylum seekers that choose to leave the country of their own accord. Furthermore, some individuals with criminal records may have reapplied for asylum, while international laws say they cannot be deported as long as their application is pending.

The Finnish police are trying to prevent their "disappearance" by interning rejected asylum seekers in detention centres until they can be deported.

"People who have committed serious crimes are usually in prison, and deportation takes place once their prison sentence has been served", Poutanen explained.

However, this system doesn't always work as intended, as the authorities identified as many as 5,000 "missing" asylum seekers in 2017.

The risk assessment for rejected asylum seekers was commissioned by the government of Finland after the Turku stabbing on 18 August 2017, when rejected Moroccan asylum seeker Abderrahman Bouanane killed two and left eight injured in Finland's first-ever terrorist attack. Bouanane was later given a life sentence.

In the past few weeks, a grooming gang scandal involving migrants and asylum seekers assaulting underage schoolgirls as young as 10 has left Finland deeply shaken. Apart from drawing the condemnation of high-ranking Finnish politicians including Prime Minister Juha Sipilä and President Sauli Niinistö, it also sparked a citizens' petition demanding the deportation of migrant sex offenders. The initiativee, backed by over 100,000 Finns, has been supported by the right-wing Blue Reform party, whose leader Sampo Terho expressed himself in favour of "speedy deportations".