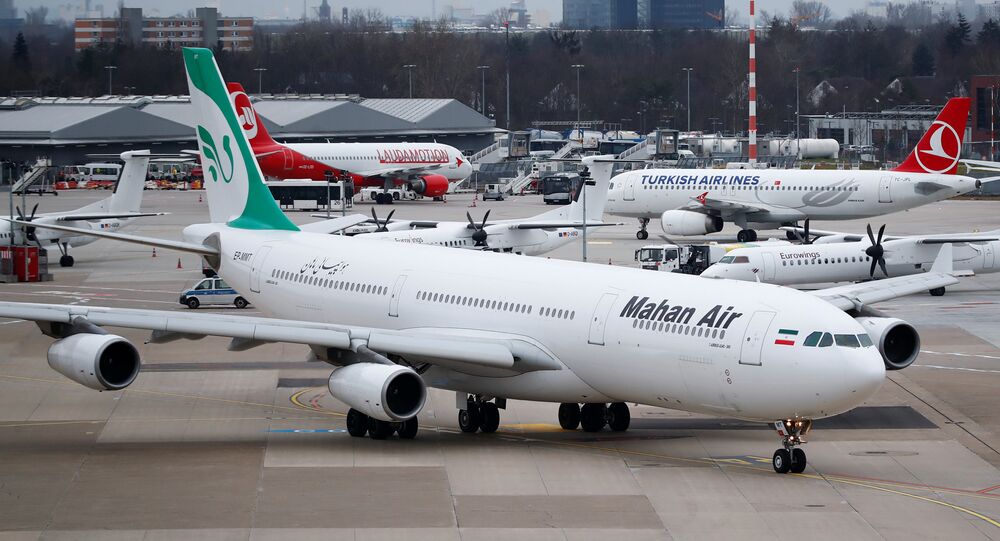 The newspaper Bild reported in December that the German government was going to ban the airline from using national airports starting in January 2019.

The German government has withdrawn permission for the Iranian airline Mahan to operate in Germany, Reuters reported citing a government source.

The sanctions against Iranian airline Mahan Air have reportedly been prepared in connection with Iran's illegal activities in Europe, including the discovery of a spy working as a translator for the country's armed forces, according to German media.

The decision was reportedly made after intensive discussions and followed US intelligence services' claims that German cooperation with Mahan Air would threaten the security of US citizens in German airports.

Mahan Air was sanctioned by the US Treasury Department in October 2011. According to the US Treasury, the airline routinely transports fighters and equipment to Syria in order to support the government of Syrian President Bashar al-Assad.