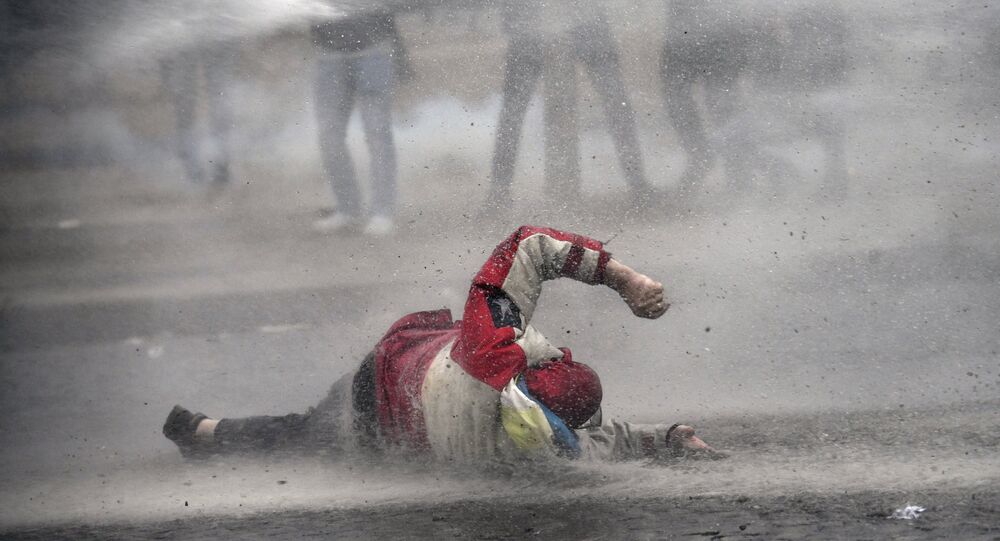 Despite President Macron launching a national debate aimed at pacifying the protests, the Yellow Vests continue to demand his resignation as rallies enter their tenth consecutive weekend.

Thousands of Yellow Vests protesters took to the streets throughout France on Friday, as pro-reform rallies continued.

Despite President Emmanuel Macron launching a national debate aimed at resolving this situation, the Yellow Vests are still calling for his resignation, as some 27,000 took part in rallies in various parts of the country, including an 8,000-strong protest in Paris, according to figures released by the French Interior Ministry, as cited by AP.

Coffins to mark those who have died in accidents as a result of #GiletsJaunes protests since #Nov17 #ActeX #Paris pic.twitter.com/rYuyrrAihK

Tens of thousands protest today for #Acte10 of the #GiletsJaunes pic.twitter.com/zDWehqdC9X

In response, authorities deployed over 80,000 police and gendarmerie officers across the country — around 5,000 in Paris alone — to maintain order, though it seemingly  wasn’t enough to prevent violence breaking out, with at least 30 protesters being arrested in the French capital.

In Bordeaux, some 4,000 Yellow Vests took part in the rally, where young men wearing helmets and masks clashed with law enforcement.

Water cannons are out in Bordeaux. #GiletsJaunes #YellowVestspic.twitter.com/jPVvlJfuGd

About 2,000 rallied in the centre of Rennes, where two police officers were injured in clashes with protesters.

Conflicting reports emerged from Lille, with local authorities claiming that 1,500 protesters took part in the Act Ten rally, while organisers claimed they mustered twice that number, according to AFP.

The Yellow Vests protests, aptly named after the reflective jacket all drivers in France are required to carry in their vehicles, began in mid-November, sparked by concerns over an impending gas and diesel tax hike.

While Paris has since scrapped the proposed tax increase, the protests have evolved into a broader movement against government policies and rising living costs.