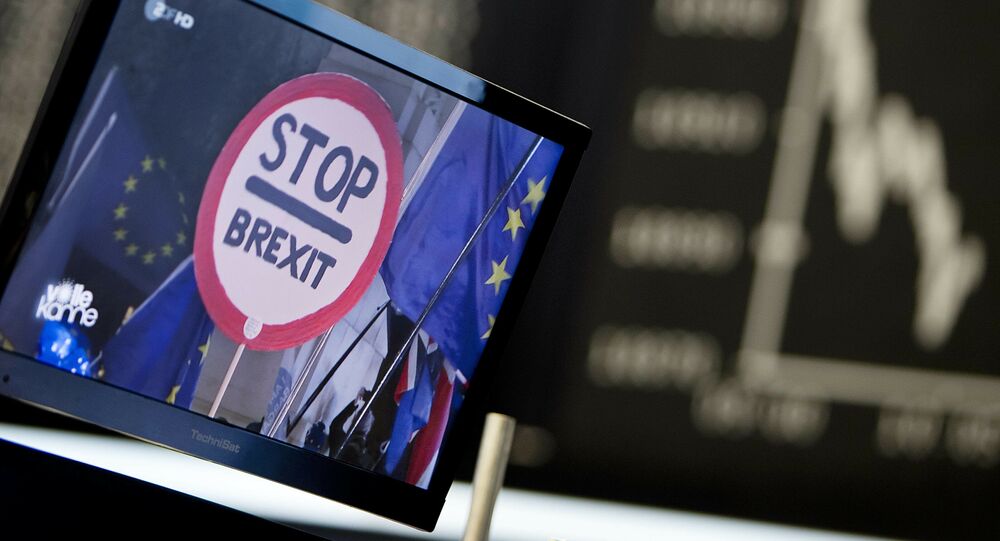 Theresa May spent much of 2018 negotiating a Brexit divorce deal that Brussels would endorse; after doing so, she failed to obtain support among members of her own parliament, who are set to discuss her alternative withdrawal agreement in about ten days.

A group of German luminaries, including Angela Merkel's successor as the CDU leader, has gone on a charm offensive in a last-ditch attempt to talk the United Kingdom into staying in the bloc.

A heartfelt message, published in The Times and signed by nearly two dozen politicians and industry leaders, calls on the UK to reverse its decision to leave the European Union.

"Without your great nation, this continent would not be what it is today: a community defined by freedom and prosperity," the letter says, praising Britain's role in re-building Europe following WW2 and not leaving Germany out during this process.

"Because we realise that the freedom we enjoy as Europeans today has in many ways been built and defended by the British people, we want Britons to know that we respect their choice. And should Britain wish to leave the European Union for good, it will always have friends in Germany and Europe. But Britons should equally know that we believe that no choice is irreversible. Our door will always remain open: Europe is home."

The statement plays upon some famous stereotypes about British people, such as their black humour and pub crawling, as well as left-hand driving and their preference for tea with milk.

"We would miss Britain as part of the European Union, especially in these troubled times. Therefore Britons should know: from the bottom of our hearts, we want them to stay", said the signatories, including Annegret Kramp-Karrenbauerh, a pro-European German politician who was elected in December to replace Angela Merkel at the helm of the nation's ruling CDU party.

Earlier this week, the House of Commons delivered a crushing defeat to Theresa May's Brexit proposal, while the PM herself survived, by 325 votes to 306, a no-confidence motion tabled by Labour leader Jeremy Corbyn.

The lawmakers are slated to discuss May's alternative plan on 29 January; the clock is ticking for the embattled prime minister as Britain is scheduled to depart from the European Union in late March. Although a 21-month transition period has been negotiated for London to prepare for new trade arrangements, there is still a chance of Britain crashing out of the EU without a deal — something that economists say would damage the national economy and put jobs and investments at risk.