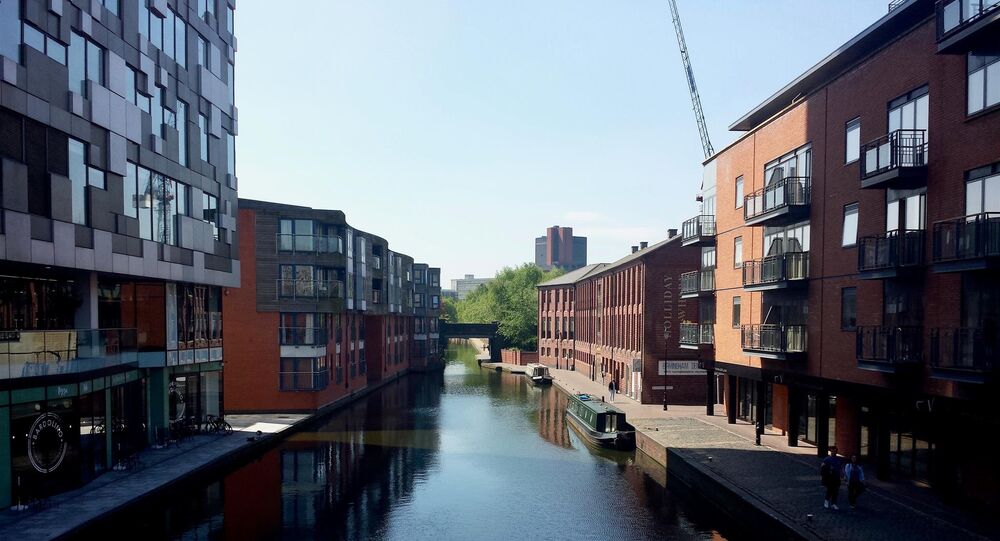 Unite Cabinet members met at the Birmingham Council House on Tuesday to negotiate a peaceful settlement of an ongoing dispute between council bin workers and city officials in the UK's second-largest city.

Talks have resulted in deadlock between union workers and the council, resulting in piles of rubbish strewn across Birmingham sidewalks and rats infesting neighbourhoods since Christmastime, when workers began industrial actions against the council.

​Calls to the council requesting emergency rubbish collections have spiked from 214 to 1,030 on average following Unite's industrial action, according to the BBC's Local Democracy Reporting Service (LDRS).

Cllr. Majid Mahmood also resign on Wednesday after refusing to support a Council injunction against bin workers, which could result in legal action and 30-day redundancies amongst staff.

Well said. Here is my statement on behalf of UNISON about your resignation pic.twitter.com/9pic7a9MPG

​Thirty bin workers from the UNISON trade union plan to join the industrial action amid collapsing negotiations, with an all-out strike appearing imminent. Sputnik reached out to all three parties involved to find out more.

What the Unions Said

Unite the Union declined to comment directly, but offered a press release detailing the dispute. Roughly 300 Birmingham rubbish collectors voted 94 percent in favour of strike action in December after the Council blacklisted workers striking in 2017 over payment disputes, it said.

Unite accused Birmingham council of paying "several thousand pounds each" to rubbish collectors from the GMB union refusing to strike in 2017, as well as ‘blatant blacklisting' against workers for joining trade unions which had "taken lawful industrial action".

Unite workers then enforced a ban on overtime and observed a ‘work to rule' as a form of non-strike action at midnight, 29 December.

"The individuals who took the decision to make such payments must be accountable to the public," Mr. Beckett added. "To this end, we have openly written to each Labour councillor to explain the utter nonsense of the excuses given by the council for the payment to the GMB members."

Unite also filed a complaint with the Employment Tribunal and said that blame for the incident lay "squarely at the door of the council", Mr. Beckett said, adding that Unite sought a work environment free of discrimination.

What Councillors Have Said

Sputnik reached out to the Birmingham City Council multiple times, who declined to comment but finally sent an official statement.

Birmingham City Council strongly denied accusations of paying off workers, stating that it was committed to mediating the dispute between staff and unionists to "deliver a waste service that the citizens of Birmingham deserve", a Council spokesperson said.

The Council gave a "clear and unequivocal" response against the claims, saying that it did not pay off refuse workers for avoiding strike action in 2017 and that it was aware that the GMB had initiated legal processes for a ‘failure to consult' claim.

But a Birmingham cabinet report said that the council "does not in any way agree with Unite's position" and that it had compensated GMB union members for excluding them from strike settlement talks in 2017 "at Unite's insistence".

Talks held by the Advisory, Conciliation and Arbitration Service (ACAS) between the Council and GMB lead to a settlement in favour of the GMB union, the spokesperson added.

Birmingham City Council leader Cllr. Ian Ward said that the city was "determined to resolve the dispute" but until reaching a resolution, councillors "need to do everything we can to minimise the disruption" to Birmingham residents, including fortnightly bin collection services.

"Based on the effect of the dispute so far, we have reviewed our original contingency and are now putting forward a plan that fits with the staffing resource we have available," Cllr. Ward added.

What UK Communists Have Said

CPGB-ML Birmingham regional organiser Ed Woollard told Sputnik that his organisation gave its full support to refuse workers in 2017, distributing roughly 15,000 leaflets explaining reasons for the strike and challenging local councillors who had "criminally squandered £6mn of public money in an attempt to make a saving of a mere £300,000".

Workers negotiated a return to work "at the insistence of their trade union representatives", not councillors, adding that bin men had kept their job grades but worked fifty extra days a year without pay, Mr. Wollard said. The agreement left a "bitter taste in the mouth" of workers, he added.

I’m not trying to piss anyone off here, but our bin men have just been 👍🏽😬 #bins #birmingham

​"Attacks on pay, terms, conditions of work and the safety of the public have been packaged as 'modernisation'," he said, which was evidenced by a 2010 BBC report highlighting the extent of public sector cuts and backdated wages, among others, adding that bin workers remained steadfast to preserving workers' rights.

"Always willing to negotiate and compromise, these workers have been treated appallingly by Labour councillors hell-bent on driving through cuts to services," he said.

Mr. Wollard warned that Christmastime strike actions would have serious consequences and that Council failures to "adhere to previously made agreements, their bare faced lies to the public in 2017 and their blacklisting of agency workers" was "utterly disgraceful in the 21st century," he said.

What Local Residents Have Said

Local Brummies have voiced concerns about the impending strike, with residents growing frustrated over the lack of collections as well as treatment of refuse workers.

Still no words of support from you Jeremy Corbyn for the Birmingham bin men who are being threatened with legal action if they strike or the durham bus drivers who are having to strike because they can’t even get £1 an hour pay rise from a company making millions.

@AlisonHammond2 Alison! Help us in Brum with this disgusting bin strike! My toddler has spent half her life hearing us whinge about her nappies not being taken! Xxxx

​"It's absolutely disgusting in some parts of the city," community activist Naveed Sadiq said as quoted by Birmingham Live. Ms Naveed is a member of the Bearded Broz community outreach group in Smethwick, the organisation involved in clean-ups following bin strikes in 2017 the praise of Brummies but were branded a "scab army" by online newspaper The Morning Star.

The council and unions were like a “married couple having problems” and that residents were “caught up in the middle of it”.

It's very unfair and very frustrating," she continued. "The smell is horrendous, the rubbish bags are ripped due to cats and even maybe rats eating out of them and the rubbish is all over the roads.

“I have made numerous complaints to the local councillors and the Council House but nobody seems to care,” she said.

"If all this rubbish was dumped outside the Council House I bet they would clear that up quicker than you could take a photo! Residents may just have to do that in order to get their rubbish cleared up."