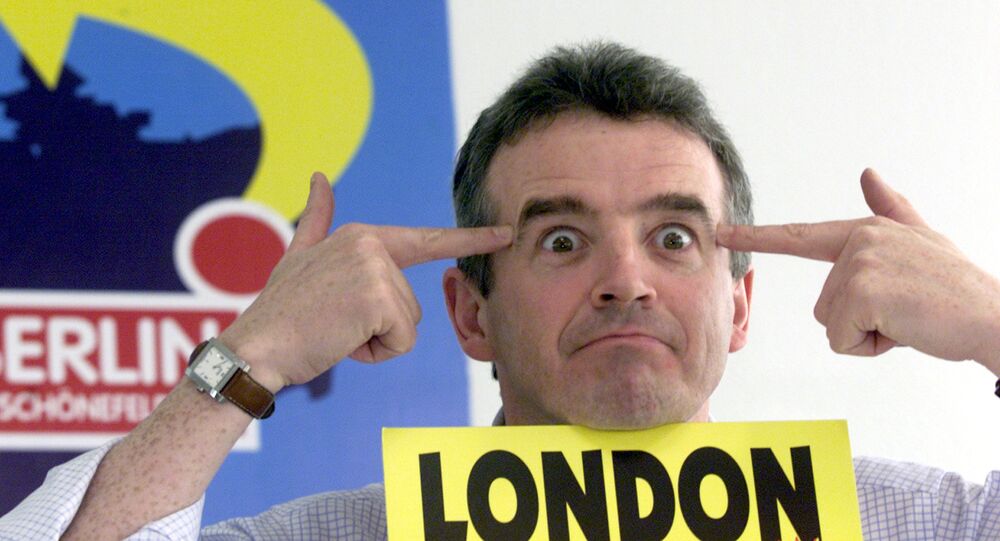 Ryanair would not rule out cutting airfares further, CEO Michael O'Leary said in a report on Friday, adding that the low-cost fares were causing problems for competitors such as Flybe, which was bought out by Virgin Atlantic and Stobart Group in a rescue deal.

Dublin-based budget airline Ryanair has lowered its profit forecasts by 7 percent, pointing the finger at its cheap winter air fares.

© CC BY-SA 3.0 / Wo st 01 / Boeing 737-800 (EI-DWO) taking-off from Hahn
Irish Airline Ryanair Cancels About 250 Flights Across Europe Over Strikes – Reports
This is despite the airline expecting to carry more passengers, the report states.

"We believe this lower fare environment will continue to shake out more loss-making competitors, with WOW, Flybe, and reportedly Germania for example, all currently for sale," Mr. O'Leary said.

The company warned of profit losses in October, but Mr. O'Leary adds that more cuts are on the way.

"While we have reasonable visibility over forward bookings [for the fourth quarter], we cannot rule out further cuts to air fares and/or slightly lower full year guidance if there are unexpected Brexit or security developments which adversely impact yields between now and the end of March," he said.

But Ryanair has been hit by waves of complaints, including strikes last summer where hundreds of flights were cancelled without passenger compensation.

The company was even ‘named and shamed' by consumer body Which? as the UK's worst short-haul airline for the sixth consecutive year, with "thousands of respondents" stating they would never fly with Ryanair again.