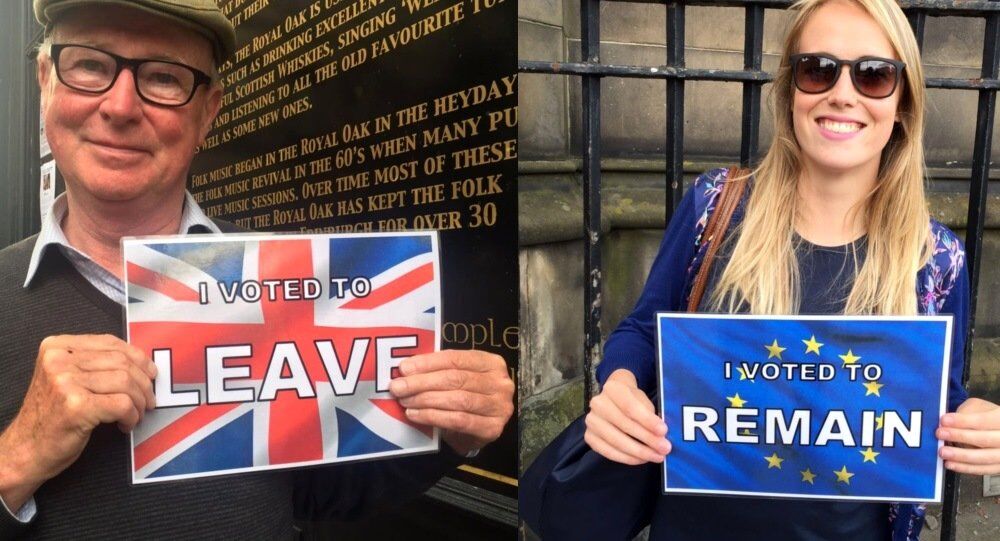 British opposition party leader Jeremy Corbyn said the defeat of the UK Prime Minister Theresa May in the parliament showed that the Conservative government is a government "in name only" and called for a general election.

Theresa May is "completely unable to grasp what has actually happened," said Corbyn during his Brexit speech in Hastings, England on 17 January.

"Theresa May has to ditch the red lines and get serious about proposals for the future," Corbyn said, adding that he was ready to join the "open to discussions" with the PM on a compromise, given that a no-deal Brexit is not a considered option.

"Prime minister, take it off the table and have a serious discussion about how we approach the future," he said, warning May against any attempt "to blackmail MPs to vote through her botched deal on a second attempt. If the government remains intransigent, if support for Labour's alternative and the country is facing the potential disaster of no-deal our duty will be too look at other options… including that of a public vote," he added.

Corbyn also added that a second referendum can't be a re-run of what happened in 2016, when Britain voted to leave the European Union.

If no agreement has been reached by the Brexit deadline — 29 March 2019 — extending the date would come into play, the Labour chief suggested.

As he spoke about the negative impact of a no-deal scenario for the country, Corbyn remained adamant that the way forward for Britain is to hold a general election. His words come after Theresa May's government won the vote of no confidence in her government on 16 January.

Following the vote, May seeks discussions with party leaders, including the opposition, to get back on track with Brexit negotiations. Corbyn, in turn, promised to give the British public a choice of who their MPs and government should be via a general election.

Labour's alternative plan laid out by the party is based around "a permanent customs union with the EU, a strong single market relationship and a guarantee at least to keep pace with all EU rights and work, environmental protections and consumer standards," as argued by Jeremy Corbyn.

"We will not allow or take part in this county to become part of a race to the bottom, in which the poorest and the most vulnerable lose out in order to appease the very richest and the biggest corporations in the world," Corbyn said in his speech.

If Labour's plan is blocked by the government, then the party would look into the option of a public vote, Corbyn concluded.

The Parliament expects to vote on Brexit again on 29 January, as announced by the leader of the House of Commons Andrea Leadsom on Thursday.

"I can confirm to the house that the statement and the motion on the government's next steps under section 13 of the EU Withdrawal Act will be tabled on Monday. A full day's debate on the motion will take place on Tuesday, January 29, subject to the agreement of the house," Leadsom told the parliament.