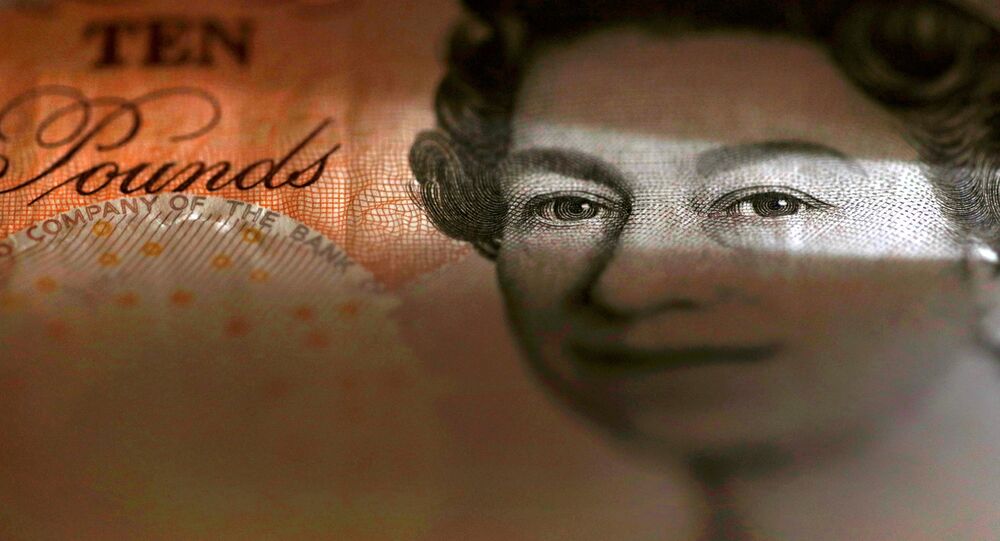 The pound sterling fell roughly 1.5 percent in Tokyo markets on Tuesday before gaining strength to $1.2848. Investors decided to wait out the turmoil of Tuesday's vote, which decreased trade flows.

The news comes after Mrs. May's rejected Brexit plan will impose three working days to procure a Brexit plan B amid a no-confidence vote tabled by Labour and opposition leader Jeremy Corbyn set to take place on Wednesday.

© REUTERS / Rebecca Naden
UK Prime Minister Theresa May Faces Questions From MPs After Crushing Brexit Defeat
"Tuesday night's vote may have increased the chances of a second referendum but it also increased the chances of a no deal Brexit," Sue Trinh, head of Asia foreign-exchange strategy at Royal Bank of Canada in Hong Kong said as quoted by Bloomberg. "Both tails are now a bit fatter and GBP volatility has risen accordingly."

The pound has shed 14 percent of its value since the EU referendum in 2016, with investors citing concerns that leaving the common market would hurt the British economy.

Bank of England governor Mark Carney said that a no-deal Brexit could lead to interest rate increases to control inflation. The "sharp rebound in sterling following the vote", evidenced that triggering Article 50 could be delayed by the end of March, he said.

"Public market commentary, consistent with our market intelligence, that rebound appears to reflect some expectation that the process of resolution would be extended and that the prospect of no-deal may have been diminished," Mr. Carney said in a Select Committee hearing Wednesday morning.

The BoE would need more powers to deal with post-Brexit concerns, although most have been granted, he said, adding that the market fluctuations were short-term and the pound did regain its strength, diminishing the probability of a no-deal Brexit.

Michael Strobaek, Global CIO of CreditSuisse Group AG said in a statement obtained by Sputnik: "Our central scenario remains that a soft Brexit deal is more likely than the UK exiting without a deal. However, with markets in mind, the continued absence of clarity is likely to lead to further volatility in the coming days and weeks."

Brexit Deal Defeated, Can PM May Salvage Her Plan?