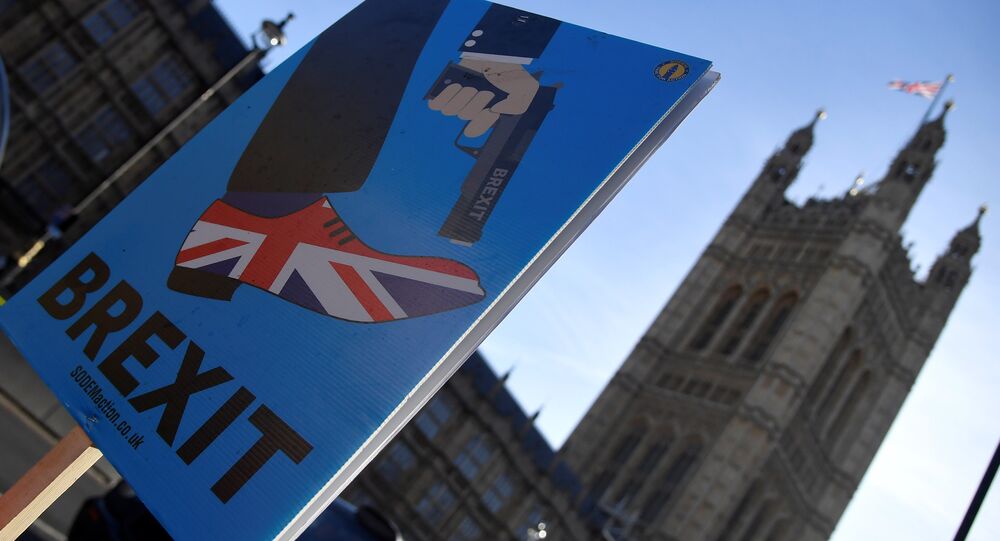 A statement by the Labour leader comes a day after Bloomberg reported that a group of ministers had urged Theresa May to ask Jeremy Corbyn for help if Parliament rejects her Brexit agreement.

Jeremy Corbyn stated that a no-deal Brexit would be catastrophic, adding that if the MPs vote down May's Brexit plan, and an election takes place, there would have to be more time for the negotiations.

"My own view is that I would rather get a negotiated deal now if we can to stop the danger of a no-deal exit from the EU on 29 March which would be catastrophic for industry, catastrophic for trade", he told BBC TV.

© REUTERS / Toby Melville
Scholar: Brexit Spirit Comes from Nostalgia for British Dominance in the World
The opposition leader's remarks echoed the UK prime minister, who earlier had said that voting against the deal would be "a catastrophic and unforgivable breach of trust" of British democracy.

At the same time, Foreign Secretary Jeremy Hunt said Brexit might not happen at all if May’s deal was defeated.

Britain is expected to leave the European Union on the 29th of March, with the parliament set to vote on a final departure deal on 15 January. However, the prime minister does not have enough votes, as the opposition and a number of Conservatives have decided to oppose her deal.

UK PM May: Failure to Back Her Brexit Plan Would Be ‘Catastrophic’