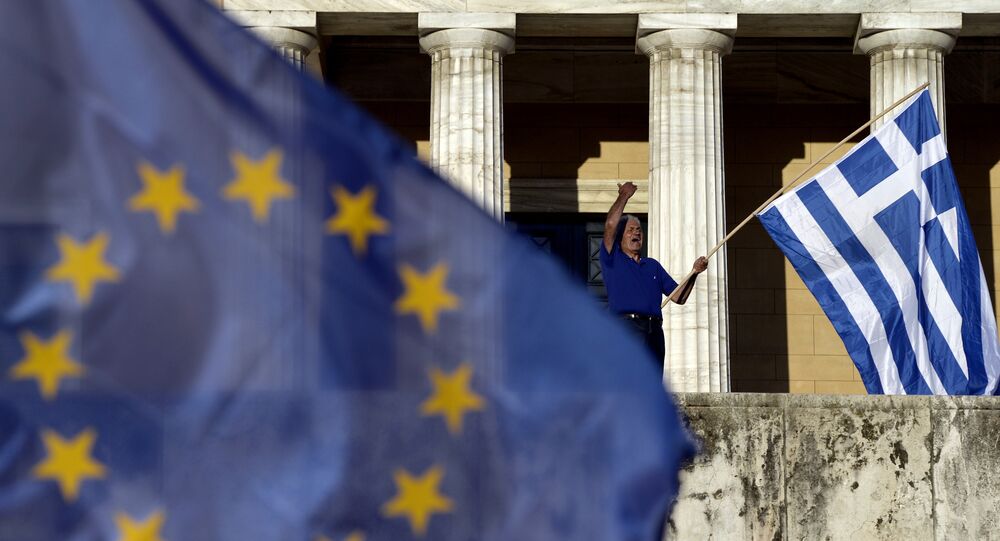 Defence Minister and a leader of the right-wing Independent Greeks (ANEL) party Panos Kammenos announced that the split within the coalition was caused by different views on the Macedonia name issue.

"ANEL is quitting the government", Kammenos told reporters after a meeting with Alexis Tsipras. "I met with the prime minister. We had quite a long discussion. The national unity government functioned for four years. We managed to get our country out of memoranda with creditors. The first goal has been achieved. The issue of Macedonia does not allow me to keep my seat. I thanked the prime minister, but on the national issue this cooperation cannot continue".

Responding to the statement, the Greek prime minister accepted the resignation and appointed the chief of the general staff as acting defence minister. Tsipras also called for a vote of confidence for his government, saying that he hoped to win it.

Athens has been in dispute with the country over its name, claiming that Macedonia might have territorial claims over Greece’s own region of the same name. Moreover, Greece has been blocking Skopje's NATO and EU ambitions over the lack of agreement on the issue.