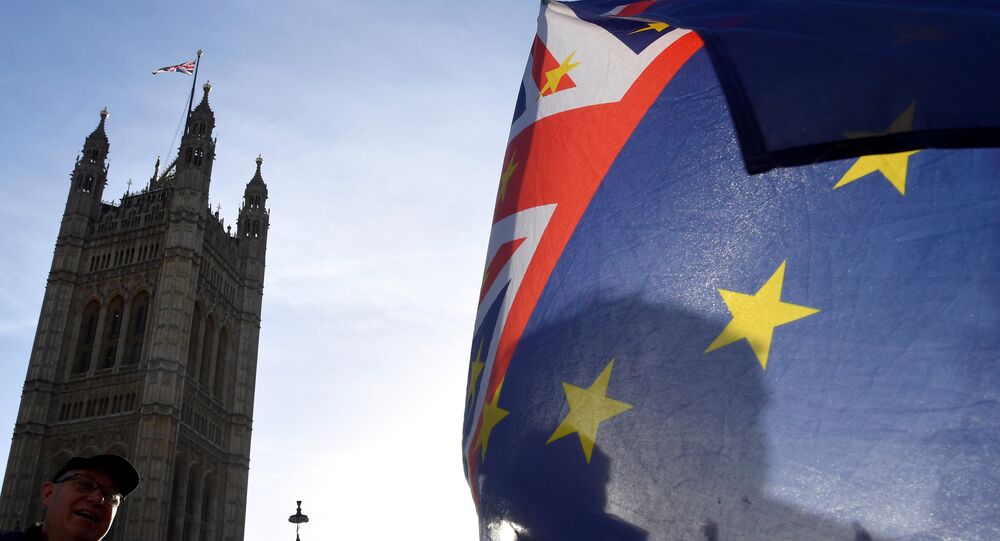 On 15 January, British MPs are due to give their verdict on Prime Minister Theresa May's Brexit deal, which has already been branded a failure and lost cause by cross-party politicians.

The European Union (EU) is apparently plotting to thwart a Brexit deal and spark chaos across the UK, according to Conservative Party Brexiteer MP Richard Drax.

"Machiavellian, I would say. I dread to think what goes on behind this glass doors and on that tenth glass of Chablis. You know, 'how do we keep the UK in this dreadful institution? I tell you what we will do. This is a cunning plan. Let's give her something that MPs will never accept. They will turn it down and then all the Remainers will take over. There will be complete panic and they will all come crying back to us saying oh please take us back'," he told The Daily Express.

Drax admitted that he would not be surprised if the EU wants Brexit to "fail", but added that Brussels as well as the UK PM and many MPs "underestimate" the British people.

In this context, he referred to former British Prime Minister Winston Churchill, who he claims was betrayed by "many politicians" but supported by ordinary Britons during World War Two.

"He stood alone and it is the British people that said 'Churchill, we are for fighting and we do not want to give in'.  And, again, I feel the British people are behind us. The MPs may not be but the people are. And at the end of the day, they are our masters," Drax pointed out.

His remarks came after European Commission President Jean-Claude Juncker urged MPs on Friday to support the draft Brexit agreement, adding that a no-deal scenario could spell "disaster" for the UK.

"Every effort needs to be made to make sure this important issue is resolved satisfactorily," he stressed.

PM Theresa May will present her deal before parliament on 15 January, putting it to a vote.

However, her ruling Conservative Party does not have an overall majority in the House of Commons and a section of her own party are strongly opposed to the deal, having vowed to vote it down. Earlier, May opted to delay her deal's "meaningful vote" to give her more time to sway lawmakers.

READ MORE: 'Brexit or No Brexit UK Will Have to Trade With Other Countries' – Economist

If parliament votes down the PM's deal, Britain will move a step closer towards a chaotic no-deal Brexit.

© Sputnik / Alexei Vitvitski
EU May Offer New Concessions to UK if Parl't Votes Down Brexit Deal - Journo
May has defended her draft Brexit deal in the House of Commons despite the agreement getting criticised by both the opposition and her own MPs, with several members of her cabinet resigning, including former Brexit Secretary Dominique Raab and ex-Foreign Secretary Boris Johnson, in protest of the deal.

The United Kingdom voted to leave the European Union in a referendum in June 2016 and is expected to do so by March 2019 — the Article 50 deadline.