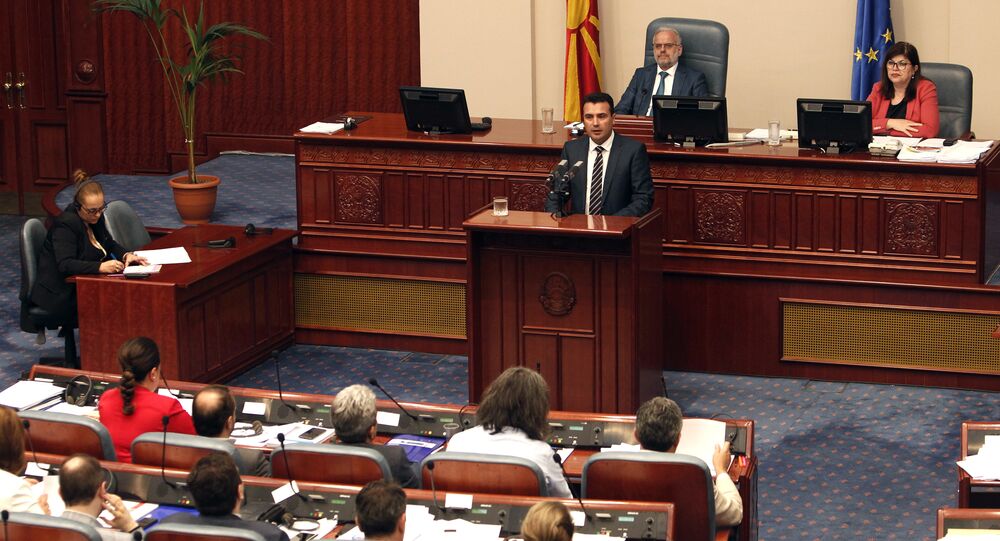 The name dispute between Greece and Macedonia has been souring bilateral relations for years, with Athens opposing the use of "Macedonia," which is also the name of a region in Greece.

Debates on the new legislation started on Wednesday and continued through Thursday. The final vote was postponed several times due to the lack of the 80 votes needed for the amendments to pass.

"Eighty-one people voted in favor, all four amendments to the constitution have been adopted," Parliament Speaker Talat Xhaferi said in a televised broadcast.

Last summer, Athens and Skopje signed an agreement on changing Macedonia's name. In Autumn, Macedonian Parliament passed constitutional amendments to change the name of the country with a total of 80 lawmakers out of 120 voted in favor of the name change.

The new name allows the Balkan state to join NATO and the European Union, the process that Greece has been blocking over fears that the former Yugoslav republic might try to claim its region under the same name.