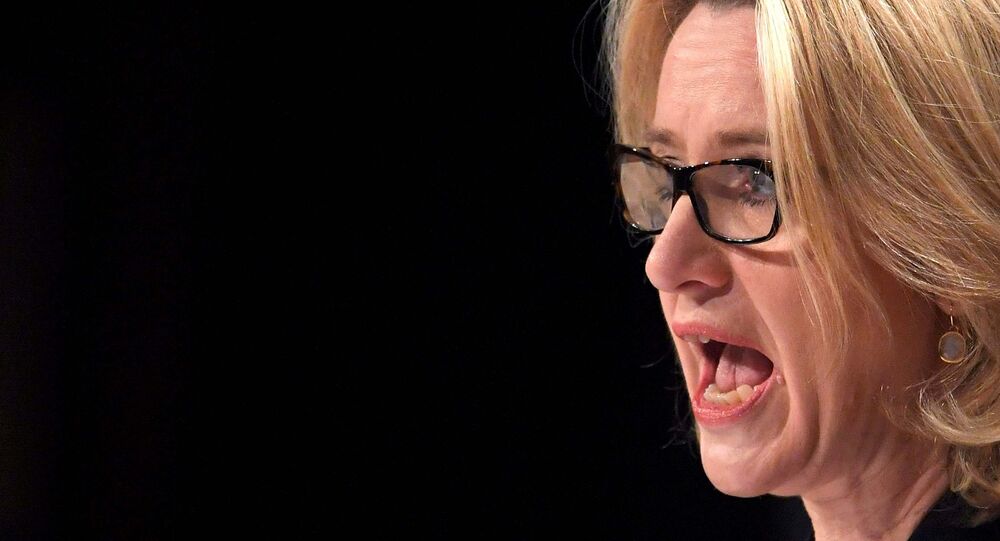 The UK government will no longer cap benefits for thousands of British families after Work and Pensions backtracked on its universal credit programme.

Work and Pensions Secretary Amber Rudd scrapped plans to cap benefits to 15,000 families with more than two children, stating that exemptions would apply to children born before the system was launched in 2017 to ensure it was "compassionate and fair".

Some groups such as the Child Poverty Action Group have lauded the gesture as "fantastically good news", but stated that the policy should cover all families. Claimants can usually receive £231.67 per child, per month.

Instead of authorising the transfer of three million people from the old benefits system, the government will also pilot 10,000 claimants on the universal credit process.

© AP Photo / Ted S. Warren
Charities Banned From Criticizing UK Work Department's Universal Credit System - Reports
"I'm making a number of changes to our welfare system to make sure that it delivers on the intent which is to be a safety net and also to be a compassionate and fair system helping people into work," Ms. Rudd told the BBC 4's Today programme.

She added: "We have listened to people. We know they want more individual assistance either with getting payments more regularly or having payments made direct to landlords."

"These elements, which could help universal credit work more helpfully for individuals receiving it, are what I'm going to be changing," she said.

Amber Rudd is clearly using the misery of Universal Credit to boost her own profile. Does anyone think she cares about the poor & vulnerable? She cares about her wafer thin majority and the chance to take over from Theresa May. Nothing else. She’s just another opportunistic Tory.

But Labour has slammed the move, stating it "does not go far enough".

Amber Rudd threatening to resign again….she’s in & out of the cabinet more times than a magician’s assistant!

Amber Rudd surely has to scrap the two-child cap entirely? Imposing it on new claimants while suggesting it’s not “compassionate” for families with children born before the system was introduced… hmm

"The rigid assessment system cannot cope with something as basic as incomes that fluctuate from month to month", Margaret Greenwood MP, Labour's Shadow Work and Pensions Secretary said.

"The High Court's ruling confirms once again that Universal Credit is failing people on low pay and pushing many into hardship simply because of when their payday falls.