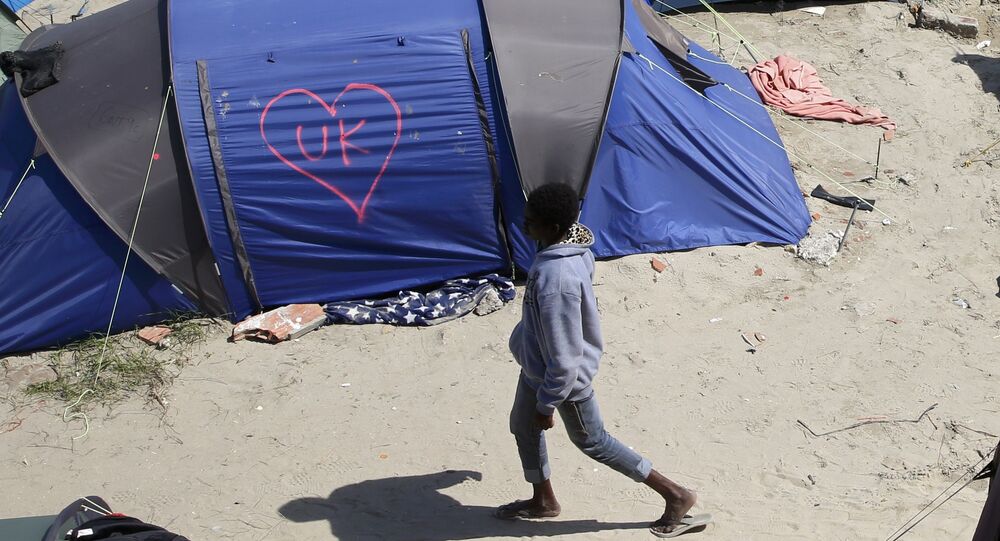 MOSCOW (Sputnik) - More than half of asylum seekers who have had their applications rejected by the United Kingdom still reside in the country as illegal immigrants, frequently abusing the national migration system, a report by the UK think tank Civitas stated.

"Of the 80,813 applications refused or withdrawn between 2010 and 2016, only 29,659 were removed  –  leaving  51,154 failed asylum seekers in the country from that seven-year period alone," the report published on Friday by former UK Director General of Immigration Enforcement David Wood read.

The paper also named nationality swapping and claiming of being a minor as some of most common ways the UK migration system was being abused.

“As time passes, the extension of their stay in the UK provides further opportunities to mount a legal challenge against removal, such as under Article 8 of the ECHR [European Charter of Human Rights] (as many start families in the UK) or other provisions of the law. Many make successive applications raising different or amended grounds for a claim,” the report explained.

© AP Photo / Gareth Fuller/PA via AP
On-the-Run Migrants Arrested in UK Woman's Yard After Illegal Channel Crossing
The difficulties in removing many of the failed asylum seekers have stemmed from the fact that they do not have travel documents and submit their asylum claims just before their schedule deportation in hopes they will be allowed to stay longer.

The paper suggested that the UK authorities should distinguish between those who wanted asylum as a means to improve their economic situation, and those who were genuinely seeking to escape persecution at home.

The report proposed a number of methods that could improve the UK migration system.

“This might be achieved by streamlining the initial decision process to make more efficient use of resources; adopting new technology that would allow caseworkers to establish the truth of claims more quickly; and exploring different ways of securing the removal of individuals to countries who are too often reluctant to accept their nationals back,” the paper suggested.

Wood's study comes in the wake of UK Secretary of State Sajid Javid's initiative to renew the debate on migration. On January 2, Javid said that not all asylum seekers who cross the English Channel are genuine in their intents, as they do not apply for asylum in their first safe country in Europe and seek to take root in a country with better welfare benefits.