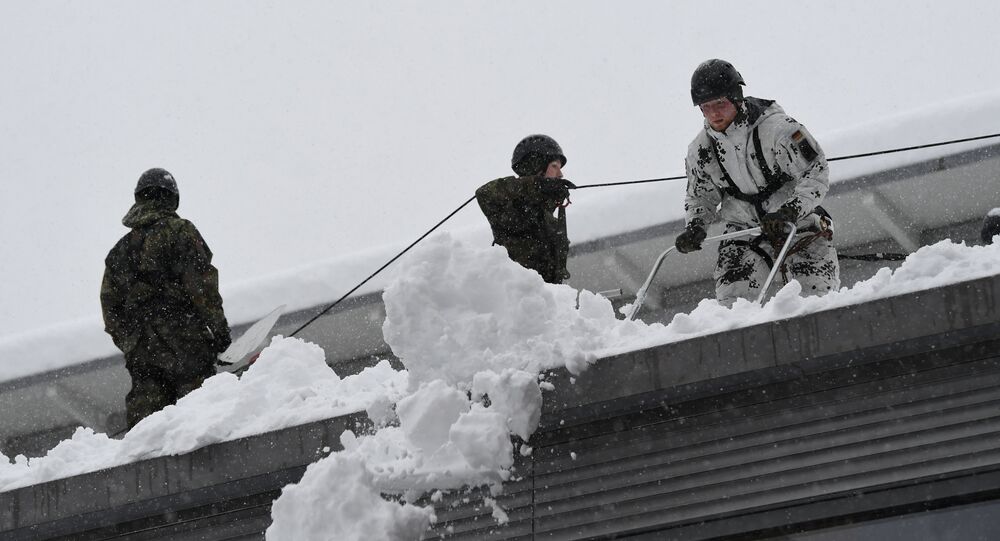 The natural disaster comes amid reports of at least 17 people being killed across Europe by snow and severe weather in recent days, according to the Daily Mail.

Germany has deployed troops to rescue locals trapped in their homes following heavy snowfall in the town of Berchtesgaden in the Bavarian Alps, not far from the Austrian border, German media reported.

The avalanche was as wide as 300 metres and had a height of 5 metres. To get through the snowfall and clear a path, German soldiers used tracked support vehicles and shovelled snow away from buildings.

🌨️Europe is still battling with snow chaos. In #Austria, warning for avalanches is on the highest level, while #RedCross search & rescue teams in #Bavaria, #Germany have been on alert for days now.

The natural disaster comes amid reports of snow and bad weather killing at least 17 people across Europe in recent days, according to the Daily Mail.

GD travel WEATHER ALERT — There are local reports of heavy snowfall and a high risk of avalanches in Southern Germany at present. Due to heavy snowfall in Bavaria and more expected, the infrastructure has been affected. You should check your journey before travelling pic.twitter.com/8rKmOnJ9qn

Moreover, earlier in the day, reports stated that Swiss emergency service had started searching for persons who might be missing following the sudden natural disaster in Switzerland, which burst through a hotel restaurant while guests were eating.