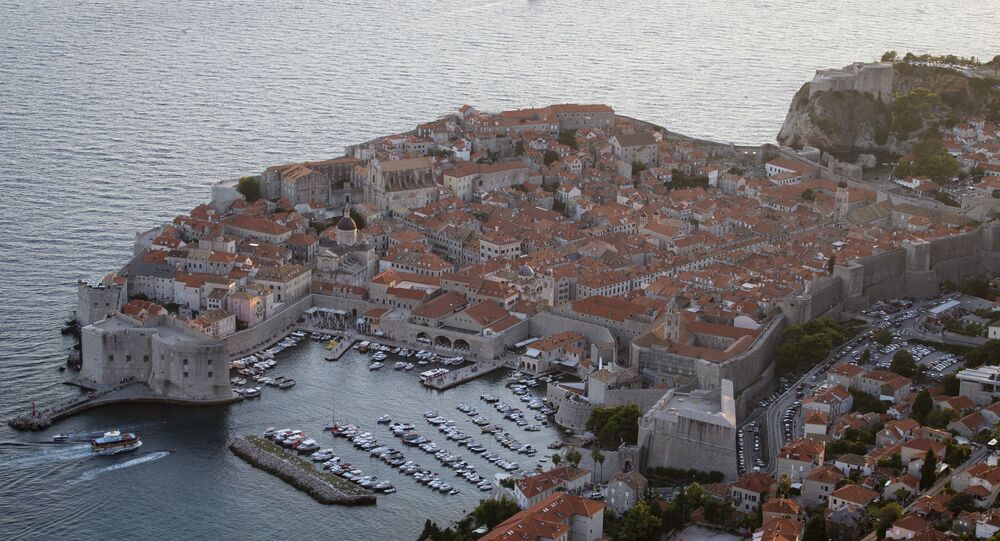 The cause of the fire that broke out at a hydroelectric power plant near the Croatian port of Dubrovnik is unclear at the moment. According to local police chief Ivan Pavlicevic, firefighters are still at the site, looking for two plant workers who have been missing since the blaze.

A fire at a hydroelectric power plant near the Croatian port of Dubrovnik killed at least one worker, leaving some six others injured, local police chief Ivan Pavlicevic told reporters on Thursday.

"Firefighting unit divers found the body [of the killed worker] in a drain ditch connecting the plant with the sea," Pavlicevic stated.

Screenshot/sotiri dimpinoudis
Five Teens Dead, One Man Injured After Fire Consumes Polish Escape Room (PHOTOS, VIDEOS)
According to him, the fire is now under control, though rescue workers are still at the site, searching for two workers who have been missing since the incident. Chief Pavlicevic said he believes that three workers tried to escape via a tunnel after failing to evacuate the building in time.

Meanwhile, AFP reported, citing a hospital official, that all the casualties were hospitalised in Dubrovnik, adding that their lives are not endangered.

The cause of the blaze at the power plant, operated by the state-run HEP energy firm, is not immediately known.