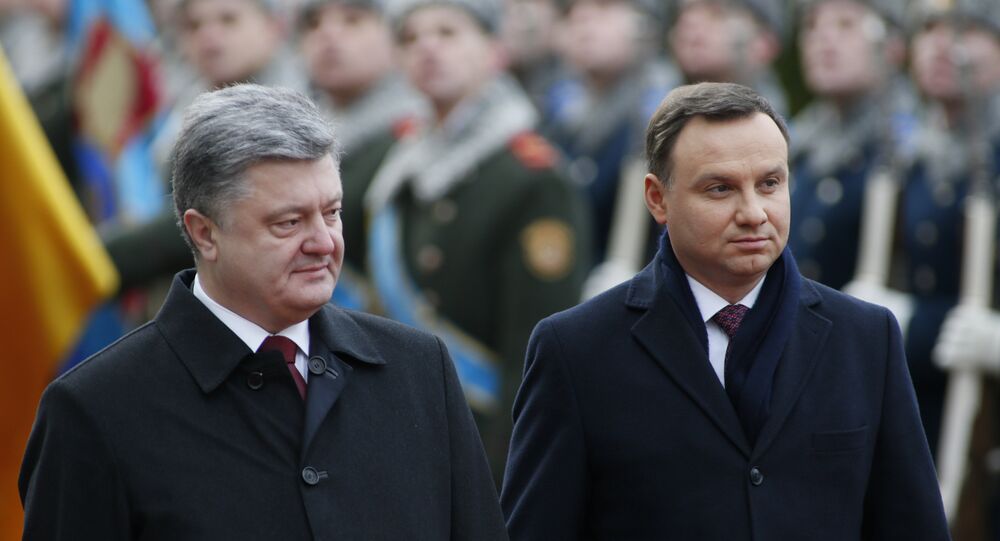 The anti-aircraft system is expected to be equipped with a modernised version of the Soviet-made Vympel R-27 air-to-air guided missile, and production of the system is due to begin in Poland before the end of 2020.

Warsaw and Kiev plan to jointly develop a new medium-range air defence system, Roman Mushal, a spokesman for private Polish defence company WB Electronics, was quoted by Defence Blog as saying. The collaboration is yet to be confirmed by Polish or Ukrainian officials.

Apart from WB Electronics, Ukraine's state-owned defence industrial group, UkrOboronProm, is taking part in the project which will feature an advanced version of the Soviet-made Vympel R-27 air-to-air guided missile.

Mushal said that most elements of the air defence system have already been created, adding that it will be used "to protect the important buildings, objects as well as ground troops from against all types of aircraft, helicopters, cruise missiles, guided weapons, air-to-surface missiles, anti-ship missiles, anti-radar rockets and large-calibre rockets".

The system, which will utilise a vertical launching system, will have a range of up to 110 kilometres (68 miles) and will be compatible for mounting on the Polish-made Jelcz 662D truck.

© REUTERS / Gleb Garanich
Ukraine Expects to Receive Defense Arms From Foreign States
The development of the system comes after US Javelin anti-tank missile systems were delivered to Ukraine in late April 2018, in line with the US Senate and House Armed Services Committees' agreement on a new draft defence budget, which stipulates allocating $350 million for "security assistance to Ukraine, including defensive lethal assistance," which could also consist of possible anti-aircraft arms.

Russia has repeatedly warned against supplying weapons to Kiev, stressing it could lead to an escalation of the military conflict in eastern Ukraine's Donbass region, which has been ongoing since 2014. Numerous EU officials have echoed Moscow's concerns, but to no avail.