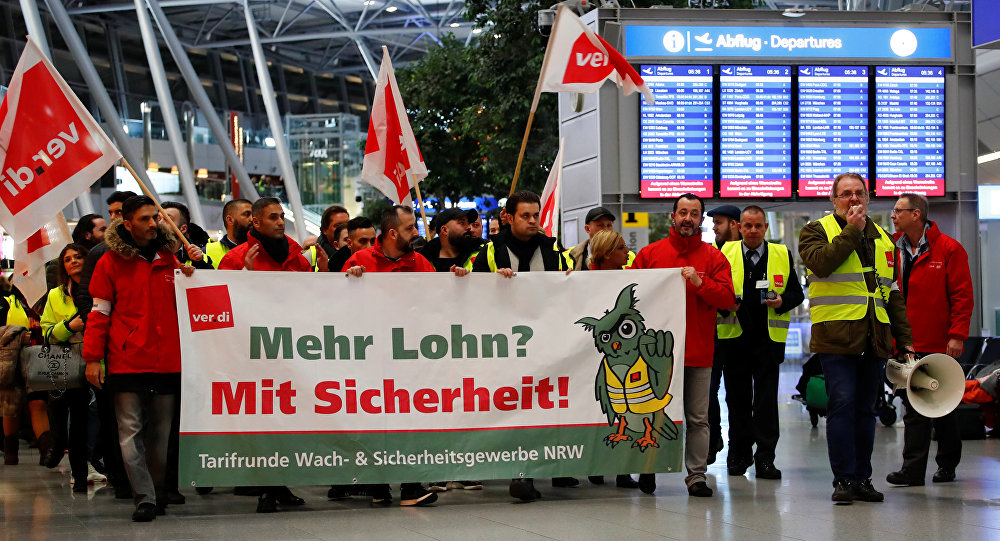 BERLIN, (Sputnik) – Hundreds of flights at Germany's Stuttgart, Duesseldorf and Koeln/Bonn airports were cancelled on Thursday because of strikes being held by security workers over a payment raise impasse.

A total of 350 out of 570 flights were canceled in Duesseldorf, more than 130 flights in Koeln/Bonn, while some 500 flights in Stuttgart. Around 110,000 passengers were affected by the strikes.

© REUTERS / Wolfgang Rattay
Members of Germany's union Verdi wear yellow vests as they march in front of Gate A of Duesseldorf Airport during a strike by Verdi, which called on security staff at Duesseldorf, Cologne and Stuttgart airports to put pressure on management in wage talks, in Duesseldorf, Germany January 10, 2019

READ MORE: ‘The Time is Now': Thousands of LA Teachers to Strike For Better Pay 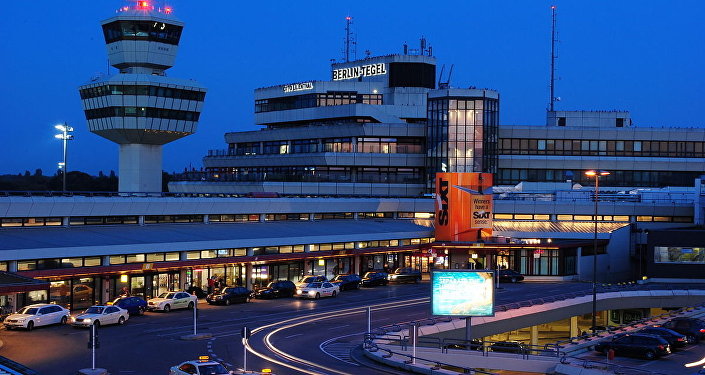 © Photo : Hans Knips
Dozens of Flights Cancelled at Berlin’s Airports Amid Security Staff Strike – Reports
The flights of Russian airlines using the airports hit by strikes – Aeroflot, S7 and Pobeda – have not been canceled yet.

On Wednesday, German trade union Verdi called on security workers from the three airports to hold a strike in order to demand a payment raise. The decision was made after Verdi and the Federal Association of Aviation Security Companies (BDLS) had failed to reach an agreement on increasing the wages for security employees at German airports. The trade union demands that the net wage must reach 20 euros (about $23) per hour.

Dozens of Flights Cancelled at Berlin’s Airports Amid Strike (VIDEO)