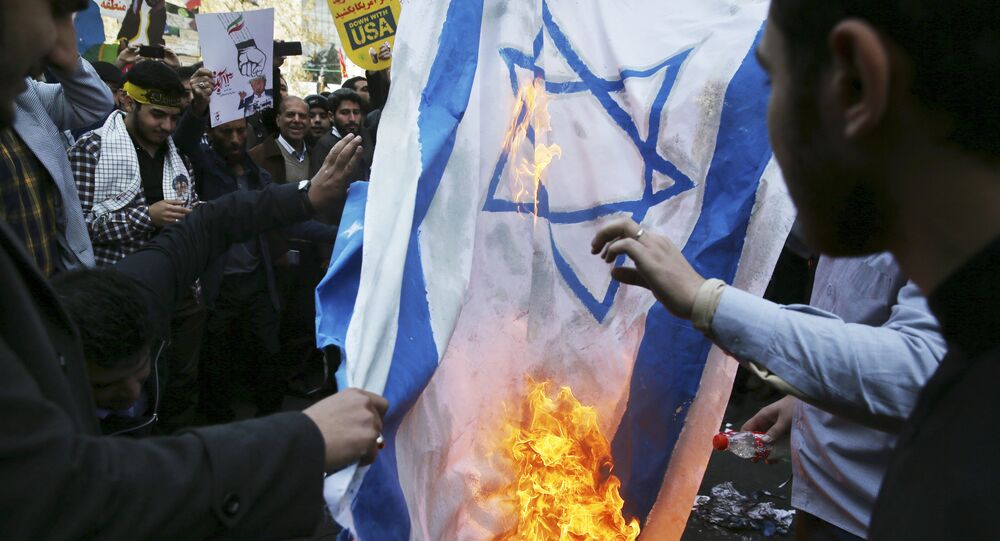 The chilling clip, featuring a 2009 sermon by Toujgani, who serves as chief imam at the el-Khalil mosque in Brussels, was flagged earlier this week after being found by the Belgian League Against Anti-Semitism, group president Joel Rubinfeld told Belgium's DH.be news website.

The video, which Rubinfeld described as "shocking," has since been taken down after being available online for nearly a decade.

"The imam is an important man in Brussels. This must be dealt with," he said.

"Lord, master of worlds, fill with fear the hearts of the Zionist oppressors. Lord, fill their hearts with fear. Lord, make the earth tremble beneath their feet. Lord, make the blood of the martyrs a weapon under the feet of the Zionist oppressors, and may this blood ignite a fire that burns them and start a wind that eviscerates them…O Lord, tear them down," an excerpt from the sermon translated into English by The Jerusalem Post reads.

© REUTERS / Alessandro Bianchi
Twitter Ablaze After US Clinic Fires Employee For Vowing to Give Jews 'Wrong Meds'
According to Rubinfeld, the sermon constitutes anti-Semitic hate speech, with Toujgani accused of substituting the word "Jew" with the word "Zionist," (i.e. member of the national movement supporting the creation of a Jewish homeland in what is today known as Israel).

As Rubinfeld pointed out, Toujgani is being considered for the presidency of the conference of Belgian imams, an important organisation representing some of the estimated 700,000-800,000 Muslims in the western European country.

Prior to the emergence of the 2009 video, Toujgani, who has lived in Belgium for over four decades, was considered to be a moderate, tolerance-supporting and anti-Jihad preacher, according to DH.be.

It remains unclear how the video will affect Toujgani's chances of winning the presidency of the conference of Belgian imams, and whether it will affect his post at the el-Khalil mosque. Toujgani did not respond to requests for comment by Belgian media.