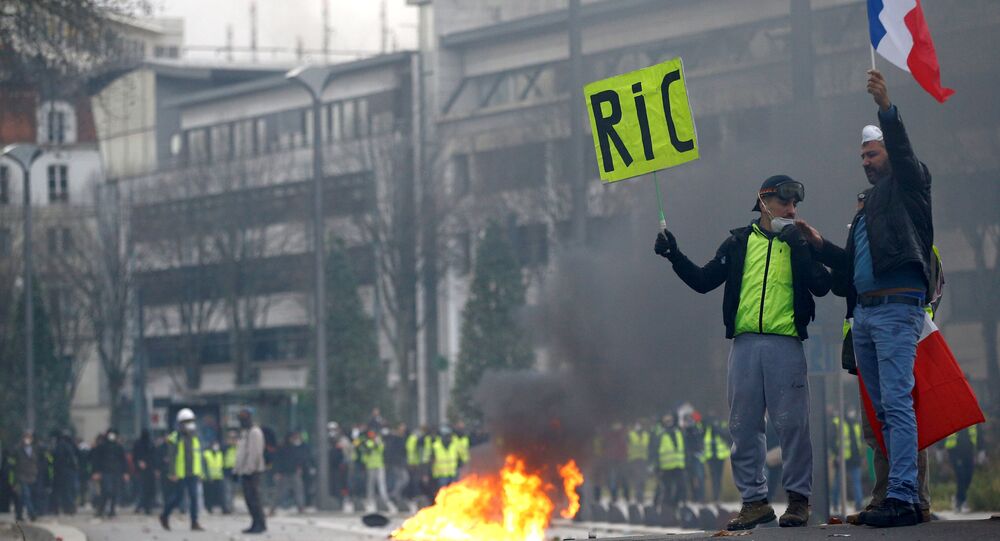 PARIS (Sputnik) - Leader of French right-wing National Rally (RN) political party Marine Le Pen on Wednesday said that the French Government was responsible for the unrest in the country sparked by the yellow vest protesters.

The head of the right-wing party also noted that she, just like most yellow vest supporters, condemns violence, but the French governments turned the situation into a "trap."

"And since they [the French government] do not want to be on the first line, they put the police on the first line. And this trap is terrible; it amounts to pitting yellow vests against the police, adding fuel to the fire. But the problem is that on the one and the other side are the French people. And very often they share the same aspirations, they share the same concerns," Le Pen underlined.

The official's remarks come amid the so-called yellow vest protests — named after the obligatory attribute of French cars — that started in mid-November. While the French government has scrapped its planned hike in diesel taxes, which is what initially sparked the protests, the yellow vests have evolved into a broader movement against government policies and rising living costs. The rallies have been marked by violent clashes between protesters and the police.