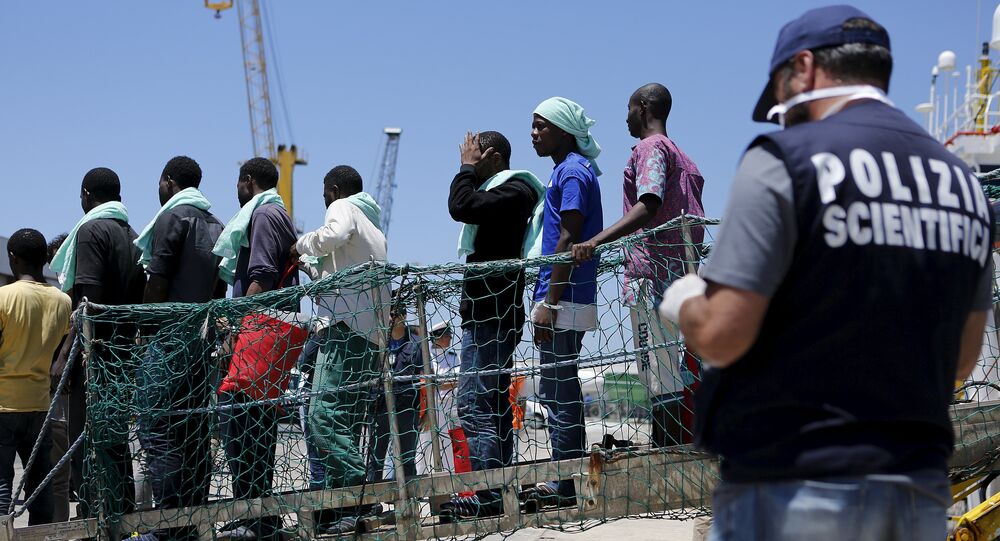 According to the arrest warrant issued by Italian police, the men posed a "real and concrete threat to national security" as they had the infrastructure and network to provide numerous illegal migrants with a secret, safe and fast passage to Europe via the Mediterranean Sea.

Italian police detained eight men on Wednesday responsible for smuggling people on a speedboat from Tunisia to Sicily, with investigators warning that some of the smuggled passengers could be terrorists. The detained men include two Italians, and most of the others are of Tunisian nationality.

© AP Photo / Emilio Morenatti
EU Bid to Allow Member States to Pay Way Out of Accepting Migrants Nothing New
According to the arrest warrant, the men posed a "real and concrete threat to national security" as they were capable of smuggling a large number of migrants into Europe.

Police are now searching for a man from Tunisia in charge of the illegal smuggling operation; he was also spreading Daesh* propaganda via Facebook and is wanted for fuelling terrorism.

Since 2015, Europe has been facing an acute migration crisis, with scores of refugees arriving there, fleeing conflicts and poverty in the Middle East and North Africa. Hundreds of thousands of migrants are still trying to reach Western EU states using various routes, including via Italy, Greece, Turkey and the Balkans.