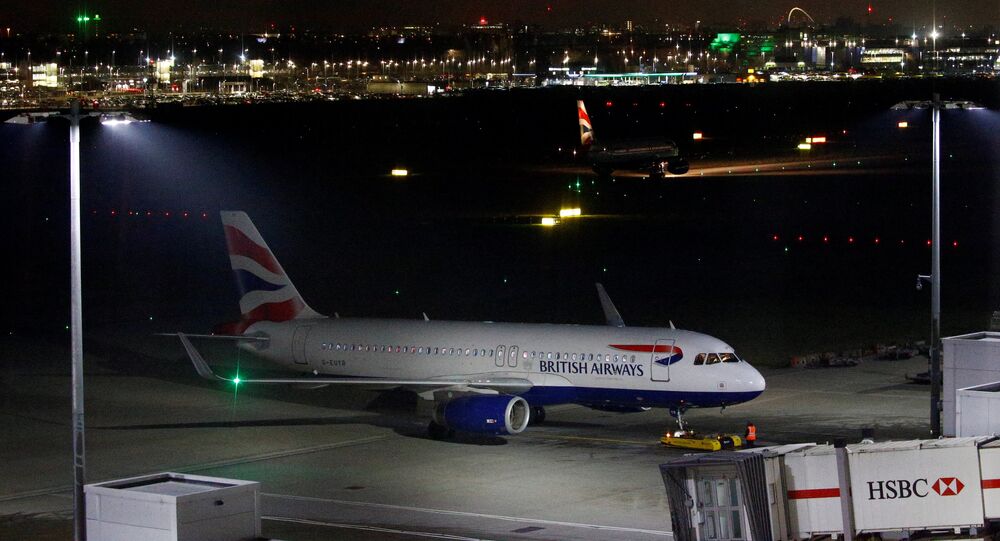 Earlier, "unauthorised drone activity" was reported at Gatwick, the UK's second-busiest air[prt, between December 19 and December 21, prompting significant delays and the facility's closure for 33 hours.

A spokesperson for the UK Ministry of Defence has said they are "deploying specialist equipment to Heathrow Airport at the request of the Metropolitan Police" after sightings of a drone halted flights at the transport hub for about an hour on Tuesday. Earlier, Scotland Yard said that a "full criminal investigation" into the incident had been launched.

Metropolitan Police Commander Stuart Cundy, for his part, confirmed that "the military assistance" had been brought in but declined to elaborate on the "range of tactics".

He singled out "extensive searches" near Heathrow Airport "to identify any people who may be responsible for the operation of the drone".

"I want to be clear that the illegal operation of drones at an airfield is extremely dangerous. Under the Aviation Security Act it is an offence to endanger the safety of an aircraft – anyone found guilty of this offence could face a life sentence," Commander Cundy pointed out.

He referred to "significant resources" in terms of officers and equipment […] to quickly detect and disrupt any illegal drone activity, some of which are as a result of learning from the incidents at Gatwick".

© AFP 2020 / Daniel Leal-Olivas
'Extra Vehicles to Drive to Heathrow' Will Cause Sufficient Pollution - Scholar
The remarks came after Gatwick, the UK's second-busiest airport, was closed for 33 hours after drone sightings were reported there in the run-up to Christmas, between December 19 to 21. Around 1,000 flights were reportedly cancelled due to the disruption, leaving some 150,000 air passengers stranded.

UK Transport Minister Chris Grayling called the December disruption at Gatwick "deliberate, irresponsible and calculated, as well as illegal". He urged parliament to extend the current one kilometre drone exclusion zones near UK airports — they are now expected to be extended to five kilometres.