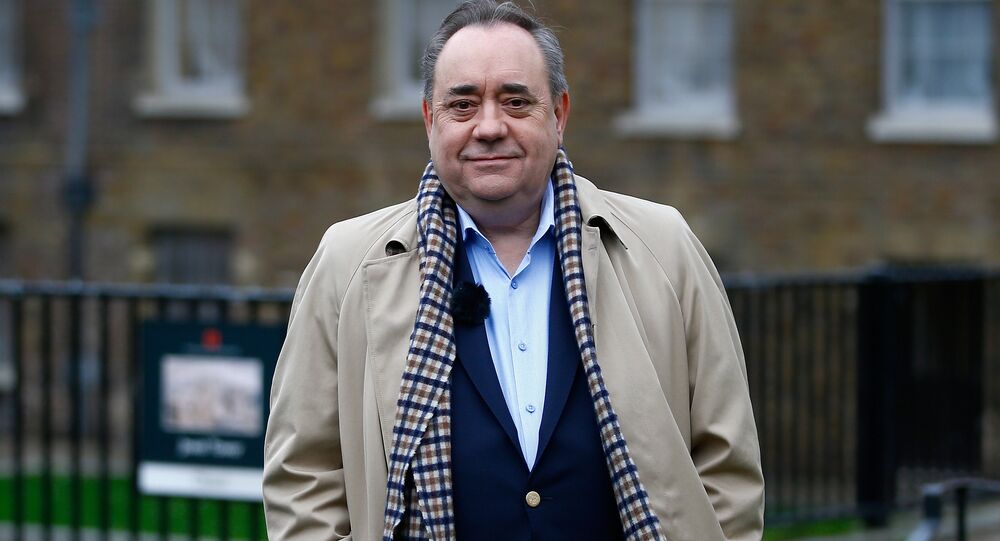 "Yes, I am glad I've won. I'm really, really sad to be forced to take this action against a government I led for almost 8 years," Alex Salmond said on Tuesday as he addressed the press, as Holyrood admitted defeat in a legal battle against the former First Minister.

Salmond sued the Scottish government over its handling of sex assault claims against him after two staff members made allegations against the former First Minister a year ago. On 8 January, the government admitted the unlawful nature of the probe due to appointment of an investigating officer who had "prior involvement" in the case.

The court case focused on the fairness of Holyrood's procedures and was ruled to have been unlawful by Judge Lord Pentland, who struck down its findings.

"The last time I was in that court, was to be sworn in as First Minister of Scotland. I never thought it possible that at any point I'd be taking the Scottish government to court. Therefore, while I'm glad about the victory which has been achieved today, I'm sad that it was necessary to take this action," Mr. Salmond said.

The sex assault allegations against Salmond included an incident in December 2013 said to have taken place in Bute House, an A-listed building in Edinburgh's Charlotte Square reserved for the First Minister, Scotland's equivalent of Downing Street.

Mr. Salmond has denied the harassment claims from two female staff members and announced his intention "to secure fairness because that is necessary to clear" his name.

Salmond then resigned from the Scottish National Party in August 2017 and launched a crowdfunding campaign to help pay for his legal challenge to the government's handling of the case.

READ MORE: Public Baffled by Ex-Scotland FM Asking for Money to Fight Gov't He Once Headed

The appeal funding target was quickly achieved, as $127,000 (£100,007) was raised in 3 days. Speaking on 8 January, Salmond thanked more than 4000 contributors who backed the crowdfunder:

"I pledged that any surplus remaining would be entirely devoted to good causes in Scotland and beyond. That will now happen."

After the case verdict was announced, the Scottish government's most senior civil servant, Leslie Evans, apologised "to all involved for the failure in the proper application of this one particular part of the procedure."