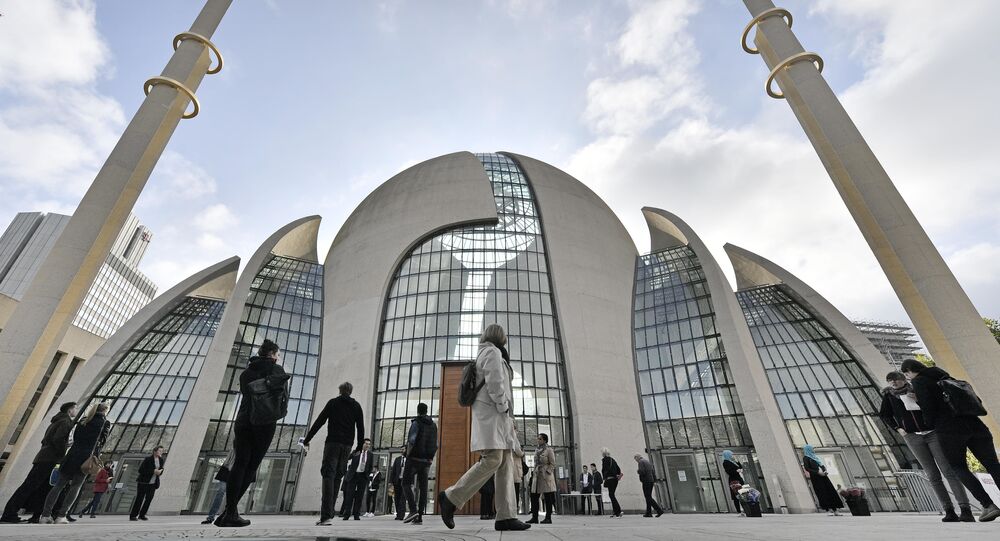 Leading representatives of the Muslim Brotherhood, regarded as an Islamist and even terrorist organization in some countries, have reportedly attended a recent conference in Cologne, dedicated to the future of European Muslims. The event’s organisers have insisted it is important to stay in contact with all "socially relevant groups".

The Turkish-Islamic Union for Religious Affairs (DITIB), that organised the II Meeting of European Muslims in the recently opened central mosque in Cologne (the biggest one in Germany), is under fire in Germany over reports about the Muslim Brotherhood* participating in the gathering.

As the newspaper Kölner Stadt-Anzeiger reported, members of the Egyptian-founded organisation, attended the event along with about a hundred guests, who gathered to discuss the future of Muslims in Europe. The regional Interior Minister in North Rhine-Westphalia confirmed that two participants were identified as ones linked to the Muslim Brotherhood, which the Office for the Protection of the Constitution closely monitors.

Politicians from both the Christian Democrat Union and the Social Democrats have strongly criticised the organisers for cooperating with religious radicals. The head of the city district, where the event took place, also lambasted the DITIB, condemned earlier for receiving support from Turkey’s governmental body of religious affairs Diyanet. Josef Wirges (SPD) told the German broadcaster ARD that he had not been informed about the three-day congress.

"That was not right, and that also annoys me", he said.

At the same time, the DITIB’s spokesman told the German press agency that it was important to stay in contact with all "socially relevant groups". Although in the final statement the DITIB mentioned terrorist organisations that abuse Islamic teachings, there was no reference to the Muslim Brotherhood. Additionally, it expressed concern over physical manifestations of Islamophobia.

The security authorities in Germany are warning about a growing number of Muslim Brotherhood supporters, topping 1,000, with 109 radical prayer houses, 50 Islamic centres and the central office "Islamic Community in Germany e.V." (IGD), located in Cologne. In an interview with the German outlet Focus, head of the regional office for the constitutional protection Burkhard Freier noted that the danger posed by the Muslim Brotherhood is much greater than by Salafists.

“Despite assurances, the IGD and the network of co-operators pursue one goal above all: the establishment of Islamic states of God, eventually in Germany as well”, he said