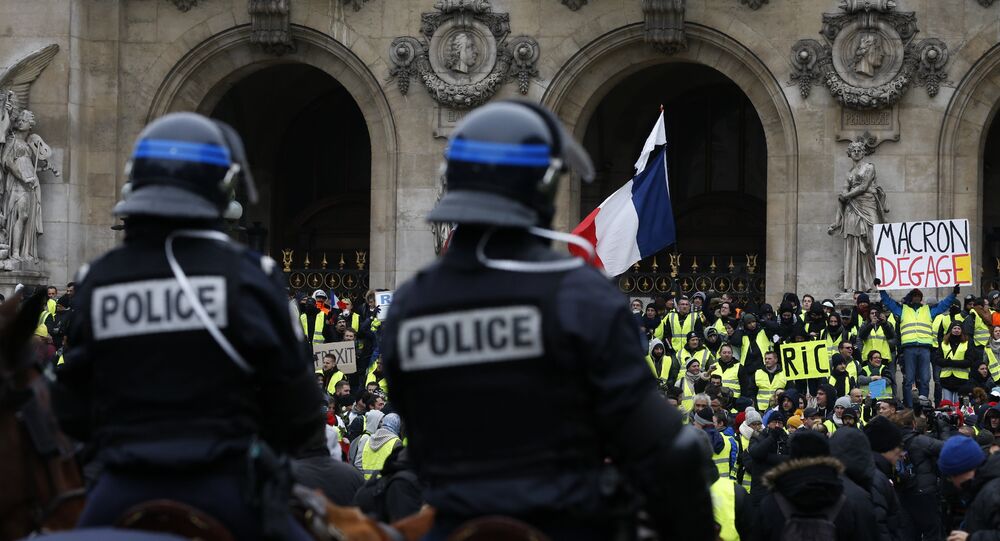 France is planning to introduce legislation to toughen sanctions on undeclared protests after weeks of social unrest stemming from the Yellow Vests movement.

French Prime Minister Edouard Philippe said on Monday that France is hardening its stance on the unrest, in a speech he made after rioters torched motorbikes and set barricades ablaze on Paris’s upmarket Boulevard Saint-Germain, Reuters reported.

He noted that the government could use the current law against football hooligans, whereby individuals can be banned from stadiums, as a model for the upcoming legislation, which might be introduced as soon as February.

© Sputnik
'Yellow Vests' Representative Mouraud Wants to Create Political Party – Reports
The Prime Minister also stated that the “casseurs”, or “thugs”, who had brought destruction to Paris and other major cities, vandalizing banks and other buildings, would be forced to pay for the damage they caused.

The wave of so-called yellow vest protests — named after the obligatory attribute of French drivers — started in mid-November. While the French government has scrapped its planned hike in diesel taxes, which had initially sparked the protests, the "yellow vests" have evolved into a broader movement against government policies and rising living costs. The latest rallies turned into a confrontation with the police on Saturday as protesters hurled missiles at riot police blocking bridges over the Seine, in an attempt to stop the movement from reaching the National Assembly.