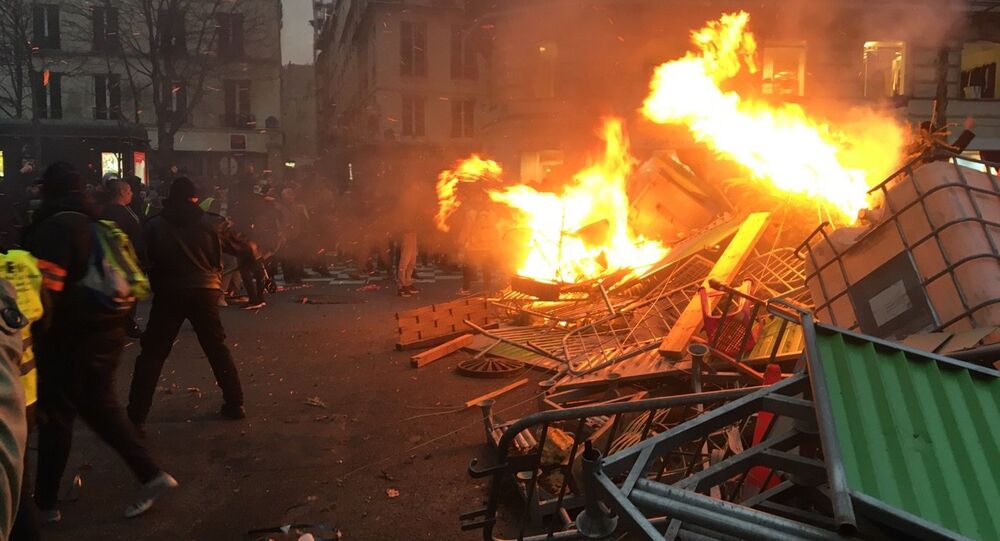 MOSCOW (Sputnik) - Journalists from the French TV channel BFMTV announced on Monday a one-day boycott to the yellow vests movement refusing to cover its protests in solidarity with injured colleagues, BFMTV said in a communique.

"The reporters team, supported by the editorial office, has decided unilaterally that this Monday it will not cover any activities of the yellow vest movement in an act of protest," the communique read. The boycott is reasoned by acts of aggression against the BFMTV staff, the TV channel went on to say.

The mentioned violence against channel's staff took place on Saturday when a team of BFMTV reporters was attacked by protesters in the northern French city of Rouen, while one more journalist was injured by a firework in Paris.

The yellow vests protests, named after the obligatory attribute of French drivers, have been shaking the country since mid-November. They have been initially triggered by the planned diesel price increase, but then evolved into a broader movement against government policies. The protests have not calmed down even after the government cancelled the planned diesel price hike and introduced a range of measures to resolve the social and economic crisis in the country.

The protests have been marked by violent clashes between yellow vest activists and police forces, with scores of detentions and injuries.