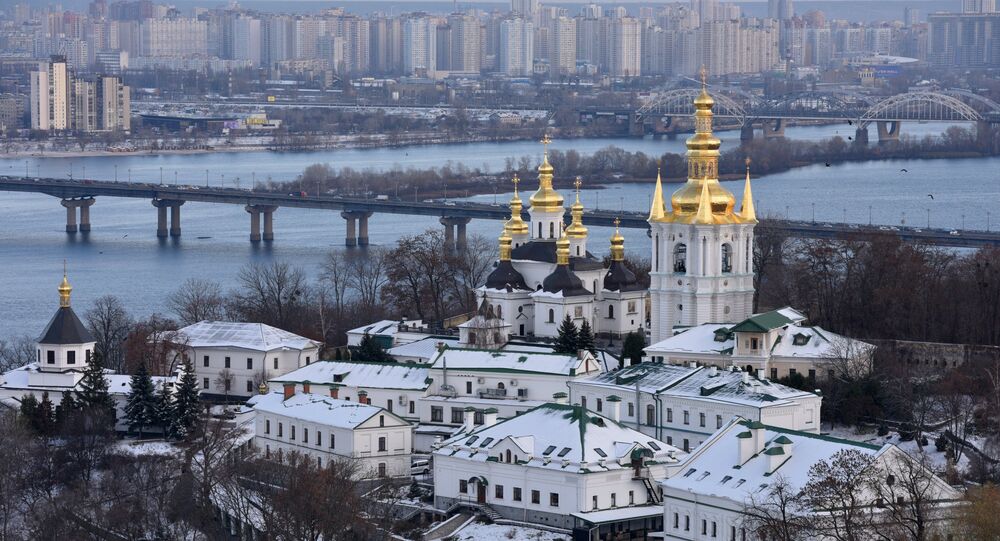 KIEV (Sputnik) - There is currently no platform for dialogue between the canonical Ukrainian Orthodox Church of the Moscow Patriarchate (UOC-MP) and the unrecognized "new Ukrainian Orthodox church," UOC-MP Archbishop Clement told Sputnik on Sunday.

"We have the All-Ukrainian Council of Churches — a platform for dialogue. Since [the non-canonical Ukrainian Orthodox Church of] the Kiev Patriarchate and the UAOC [the unrecognized Ukrainian Autocephalous Orthodox Church] have been dismantled, it is unclear in what format this organization will continue to operate… Now the format of the dialogue is unclear," Archbishop Clement said.

"The new church is a non-canonical religious organization. This means that compared to an Orthodox church, which has the authority to perform sacraments, this religious organization is not [such a church]. Therefore, there is no way we could hold services together with the religious leaders of this church," the archbishop said.

On Sunday, the "new church" received the Tomos from Constantinople Patriarch Bartholomew, officially stipulating its independence.

The Russian Orthodox Church, along with other canonical Orthodox churches, except for Constantinople, have refused to recognize the results of the "unification council" that took place in Kiev on December 15 and resulted in the election of the head of the new Ukrainian church.