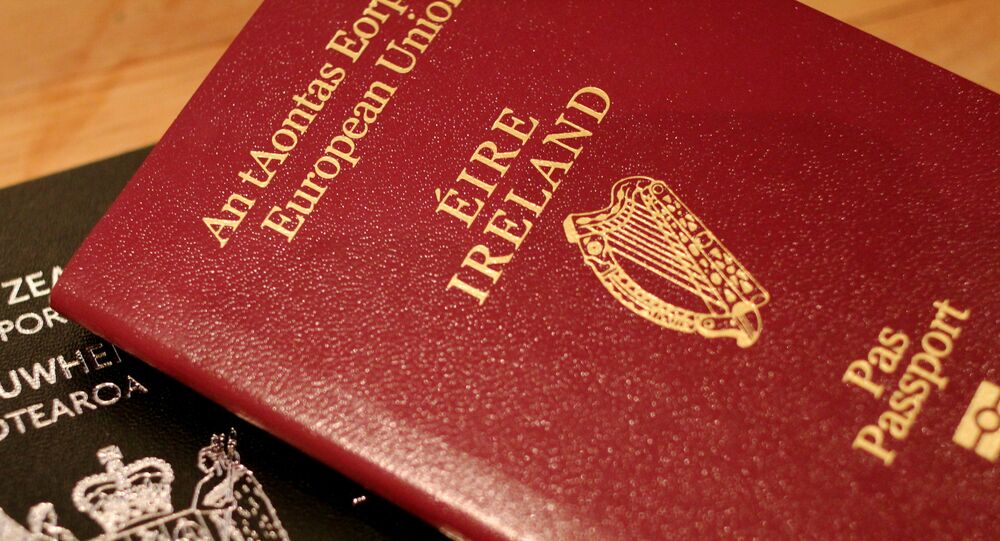 Earlier in the day, UK officials told The Times newspaper that Paul Whelan, who was detained in Moscow last Friday on suspicion of espionage, holds British citizenship.

Irish officials confirmed on Friday that Paul Whelan, a man detained in Russia on allegations of espionage, holds an Irish passport, making the detainee a citizen of four states — the United States, the United Kingdom, Canada, and Ireland.

According to officials, Whelan has already reached out to Irish authorities with requests for assistance.

Ireland's Department of Foreign Affairs, in turn, issued a statement noting that its Moscow-based embassy is now seeking consular access to the detained Irish national.

© Sputnik / Maxim Blinov
American Arrested on Spy Charges Never Made Russia Business Trips - Ex-Employer
This comes after earlier in the day UK media reported that Whelan, a 48-year-old US national and ex-marine, also holds British citizenship. This followed reports by Canadian media that the suspect was born in Canada and may therefore also retain Canadian citizenship.

Earlier this week, the US State Department was granted consular access to Whelan.

Whelan, who is officially employed as director of global security for a Michigan-based automotive parts supplier, was detained in Moscow on December 28, with Russia's Federal Security Service (FSB) filing a criminal case against him over allegations of espionage. Alleging that Whelan had been detained "during a spy action in Moscow," the FSB offered few other details on the case. If convicted, Whelan faces a prison sentence of up to 20 years.